Zika Virus A Risk To Us 'As A Species,' Health Officials Warn

With summer officially in full swing, health officials are concerned about the effect mosquito season might have on the Zika virus, which has ravaged Latin American countries this year and left thousands of babies exposed to the virus in the womb with significant birth defects. Last night, a panel of experts convened at the American Natural History Museum to discuss the impact Zika might have on NYC, and the good news is, we probably don't have to worry about getting sick from a mosquito up here. The bad news is, if you're pregnant or plan to get pregnant, your travel options are limited.

The program, which was part of the museum's stellar SciCafe series, included W. Ian Lipkin, Director of the Center for Infection and Immunity at Columbia University; Catherine Spong of the National Institute of Health; and Jay Varma, the Deputy Commissioner for Disease Control at the city's Health Department.

The biggest takeaway for New Yorkers, at least from Varma, is that the mosquito responsible for spreading Zika all over Latin America—the Aedies aegypti mosquito—have never been found locally, even though the city has tested thousands of mosquitos over the years. There is, however, a cousin of that mosquito here, and Varma says New Yorkers should still take precautions, like wearing bug repellant, using window screens, and clearing standing water, just in case.

Zika is rarely fatal, and most people who are exposed don't even get sick. But as has been oft-repeated, the huge problem with the virus is how it affects reproduction—as Spong, who has been studying the effects of Zika on unborn fetuses, pointed out, fetal exposure to Zika can lead to everything from stillbirths to issues with cognitive development to the telltale microcephaly, and researchers still aren't sure how many more birth defects might come to light farther down the line. Spong and her team have been following babies both exposed and not exposed to Zika in hopes of understanding how the virus acts over time, but right now they really don't know much. 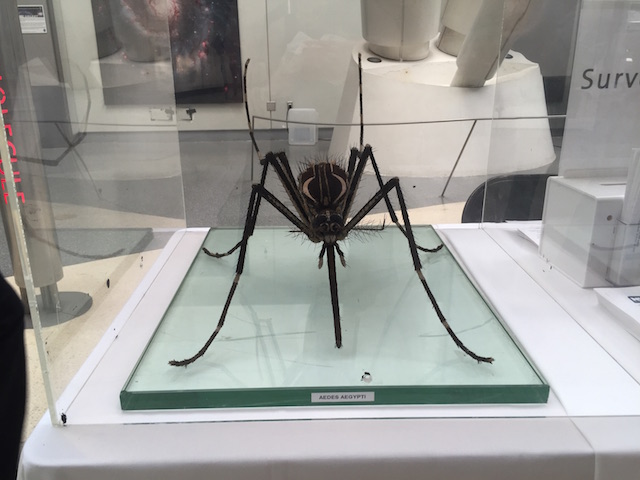 Therein lies the problem, and as Varma put it, "What we're really challenged with here is a lot of uncertainty." The city's been warning women who are pregnant or intend to become pregnant to stay away from Zika-affected regions—as of now, there have been 233 confirmed cases of Zika in NYC, the majority of which were contracted in the Dominican Republic, and none of which were contracted locally. In fact, the city warns that all women of reproductive age should be careful while the Zika storm still rages, since there's a possibility of contracting the illness through unprotected vaginal, anal, and oral sex.

All three health experts pointed out that researchers still don't know how long Zika stays in a human body. Apparently Zika stays longer in semen than in vaginal fluid, and Spong says at least one man recently transmitted Zika to a partner 41 days after he was exposed to the virus. Officials are warning women who are pregnant or might become pregnant against having unprotected sex with men who were in countries with active Zika transmission for eight weeks—if a male partner actually contracted Zika, that waiting period goes up to six months.

Varma says NYC is doing what it can to mitigate a Zika problem here—the DOH is distributing pamphlets with information about Zika testing (most people DO NOT need to get tested, but pregnant women who may have been exposed should both get tested and potentially be monitored for the duration of their pregnancy), as well as spearheading initiatives to put down larvicides to keep mosquito populations down.

But though the city might be safe for now, Varma says that things could get scary farther down the line. Zika, which originated in Uganda, is on this continent thanks to changes in climate and increased international travel, and with so much uncertainty about the scope of the virus and its effects, things could get bad.

"Zika hurts our ability to reproduce. This is a risk to us as a species," Varma said.

Weird, it's almost as if modern civilization has caused such unbalanced conditions in nature that nature is trying to restore balance by eradicating us.

#amnh
#doh
#zika
#Zika virus
#original
Do you know the scoop? Comment below or Send us a Tip