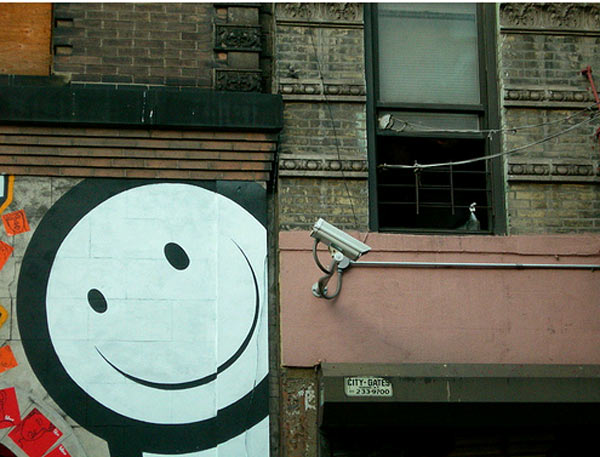 We've been hearing about a plan to increase security downtown by placing security cameras and license plate readers in Lower Manhattan, "ring of steel"-style for a while, but now the NY Times has word on when it'll happen. According to police officials, more than 100 cameras will be in place by the end of the year and if it's fully financed, over 3,000 private and public cameras will be up and running. From the Times:

Three thousand surveillance cameras would be installed below Canal Street by the end of 2008, about two-thirds of them owned by downtown companies. Some of those are already in place. Pivoting gates would be installed at critical intersections; they would swing out to block traffic or a suspect car at the push of a button.

Unlike the 250 or so cameras the police have already placed in high-crime areas throughout the city, which capture moving images that have to be downloaded, the security initiative cameras would transmit live information instantly.

So far, the NYPD has $25 million of the $90 million needed for the "Lower Manhattan Security Initiative" (the Times article refers to it as a "surveillance veil," which sounds much more Victorian), but there's criticism. The NYCLU worries what will happen to the images that are collected, while a Heritage Foundation homeland security fellow suggests that there will be a lot of useless information for the police to go through. However, Police Commissioner Ray Kelly said, "This area is very critical to the economic lifeblood of this nation. We want to make it less vulnerable.”

London created a "ring of steel" after the IRA bombings. Last year, there were concerns that the Department of Homeland Security wouldn't give the city funding for projects like this. Apparently the DHS has contributed $10 million so far (the other $15 million is from city money); Kelly told the Times he hopes the rest of the money will come from federal grants.