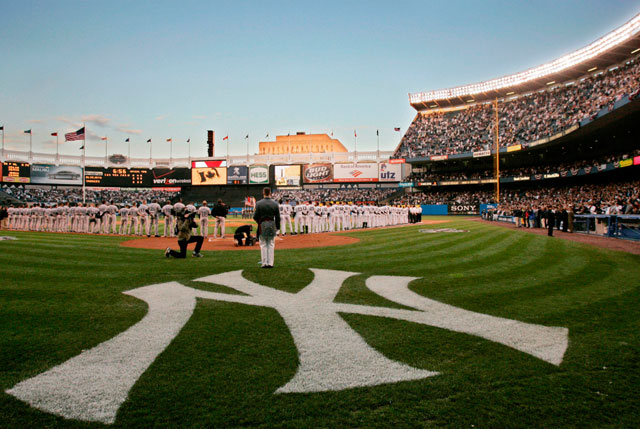 It may have come a day later than many people wanted, but the Yankees opened the final season of the Stadium on a high note, winning a close and well-pitched game 3-2. Chien-Ming Wang went seven innings allowing only two runs and Joba and Mo closed the game out with a scoreless inning each.

Melky Cabrera was the offensive and defensive hero with two great grabs in center and a classic “Yankee Stadium” home run to tie the game at 2. Hideki Matsui got the game-winning RBI on a fielder’s choice up the middle with runners on the corners.

And, despite the threat of rain and the delay, Opening Night did not disappoint. Reggie Jackson threw out the first pitch with Yogi Berra at his side. And while Joe Girardi got the loudest ovation, the only boos heard were when his personal reclamation project, Kyle Farnsworth was introduced. Girardi might hear those boos himself if he puts too much trust in Farnsy, but night one of the Girardi era goes down as an unqualified success.