Corey Menafee, a 38-year-old black man who worked until recently as a dishwasher in the dining hall at Yale University's Calhoun College, was arrested last month after he used a broomstick to smash a stained glass window depicting slaves hoisting cotton. This week, close to a month after the smashing, Yale has stated that the school won't press charges.

"Yale has requested that the State's Attorney not pursue charges and Yale is not seeking restitution," said university spokesman Thomas Conroy in a statement. 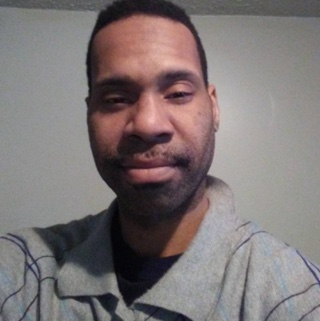 In the immediate aftermath of his mid-June arrest, Menafee told the New Haven Independent that he was tired of looking at a "racist, very degrading" image during every work shift. After two smacks, the glass shattered and fell to the street outside the hall.

The Independent reports that Menafee, a father of two and New Haven native, was escorted from the dining hall in handcuffs and charged with criminal mischief, a first-degree felony, and reckless endangerment, a second-degree misdemeanor.

According to the NY Times, Yale reversed its position on Menafee's charges on Tuesday, but not before Menafee's scheduled court hearing. Another hearing has been scheduled for July 26th, when the charges will likely be dismissed, according to a source at the state attorney's office.

But black cafeteria workers at Calhoun were forced to work under this racist image. #SupportCoreyMenafee pic.twitter.com/D8XeHvMpeW

While Yale has stated that Menafee apologized to the school and resigned from his post, Menafee has countered that he lost his job because the university deemed him a threat to the student body (Menafee and his attorney could not immediately be reached for comment). He later told the Independent that he resigned as part of a quid-pro-quo agreement, and that the university had promised not to press charges. He did not supply a copy of the alleged agreement to reporters; Yale denied this allegation, stating that "the agreement between the employee and Yale did not include or address the charges against him."

"There's always better ways of doing things like that than just destroying things," Menafee told the Independent, admitting that he regretted breaking the glass. "It wasn't my property, and I had no right to do it."

Menafee also held firm that the university's alleged assessment that he posed a threat was unfair. "I didn't commit any acts of violence against anyone or any living thing," he said. "I didn't be belligerent, or yell. I just broke the windows."

According to Conroy, the shattered glass fell "onto the street near a passerby, endangering her safety."

Calhoun College has been the site of student-led protests for the last year, as many take issue with the residential college's namesake, John C. Calhoun—vice president to John Quincy Adams and Andrew Jackson, and a South Carolina native who adamantly defended slavery. Students began circulating a petition to change the college's name last summer, and have since spoken out against other paintings and artifacts on display in the college that, like the cracked stained glass, evoke slavery.

President Salovey stated this spring that Calhoun College will keep its name, but charged the Committee on Art in Public Spaces to "assess all of the art on campus, including the windows in Calhoun," according to Conroy.

"After the window was broken in June, the Committee recommended that it and some other windows be removed from Calhoun, conserved for future study and a possible contextual exhibition, and replaced temporarily with tinted glass," Conroy added. "An artist specializing in stained glass will be commissioned to design new windows, with input from the Yale community, including students, on what should replace them."

“Yale does not exist in a vacuum. Yale’s relationship with a majority-minority New Haven has often been challenging," the law students wrote in their open letter to Salovey, adding, "What Mr. Menafee did was a service to the University, Yale students, Yale workers and the New Haven community."

Facing termination and worrying about providing for his family, Mr. Menafee chose to resign; the union stood with Mr. Menafee through this terrible ordeal, and we will stand with him again if Yale is willing to discuss a pathway for Mr. Menafee to return to a Yale University job.

#corey menafee
#legacy of slavery
#slavery
#stained glass window
#yale
Do you know the scoop? Comment below or Send us a Tip