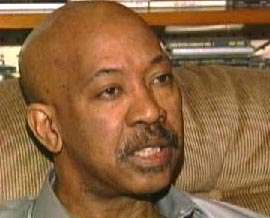 Francis Evelyn, the school custodian who was arrested and jailed at Rikers Island after an eight-year-old girl accused him of repeatedly molesting her in the school's basement, is suing the city for $10 million. Evelyn's accuser was a troubled child with a relatively long history of lying about abuse, including accusing her father of raping her. According to The Daily News, her initial description of a man who purportedly abused her was that he was white and bald. Evelyn is bald, but black.

Although he was released for "insufficient evidence" in the matter that occurred this March, the school custodian with no criminal record is still troubled by his experience. He was hauled from Brooklyn's P.S. 91 in handcuffs and in front of television cameras. His picture was on the front page of newspapers that described him as a rapist. Cops offered to help him cut a deal if he confessed to abusing the eight-year-old girl, telling him that they had DNA evidence proving his guilt. And while in Rikers, Evelyn claims that his life was threatened repeatedly.

The principal of P.S. 91, Solomon Long, was suspended following the incident for failing to report that the girl who accused Evelyn had made other such allegations in the past that he found unsubstantiated. Long has since been reinstated as principal. The school offered Evelyn his job as custodian back, but he says he is too afraid to re-enter the school. He's currently using vacation time and accumulated sick days instead of returning to work. The Daily News quotes his daughter, who just returned from Iraq, as skeptical that even $10 million will make up for what happened to her father.