The FDR Drive has reopened after crashes caused by a wrong way driver this morning.

Apparently the driver, a woman in her 30s, entered the FDR at 34th Street—she went south in the northbound lanes at 4 a.m. According to NBC New York, her car "struck two vehicles near 23rd Street...Several people were hurt, with at least three victims taken to Bellevue Hospital in serious condition." 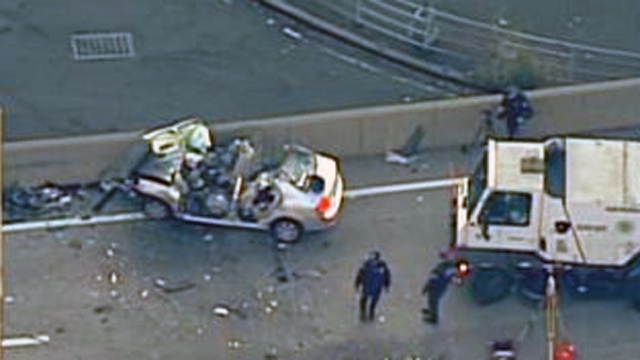 The driver is in critical condition, as is another person; three others were injured. The FDR was closed for about three hours.

#crash
#fdr driver
#wrong way driver
Do you know the scoop? Comment below or Send us a Tip