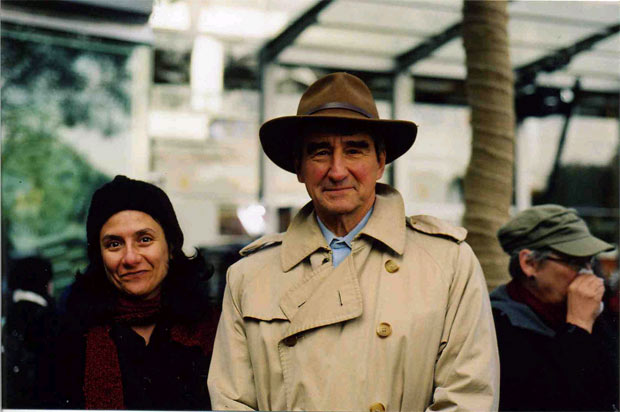 Members of the Writers Guild of America have been striking in Los Angeles and New York this past week over details of a basic contract between writers and producers - one of the biggest sticking points is the amount of residuals writers get from DVD and new media distribution. The NY Times op-ed columnist Maureen Dowd asked Seth Meyers (who we spoke to on Tuesday) to give her a weekend update about the strike: "As a comedy writer, I am more than willing to admit that I need a world with producers, but do they need us? The answer is yes, for two reasons. First, without writers whom will the studios blame for their failures? Second, seriously, whom?"

The WGA East is upset that Ellen DeGeneres, who will be taping some shows in NYC, is continuing to film episodes of her talk show. WGAE President Michael Winship said, "All the other talk show-variety hosts like Letterman, Leno, Jon Stewart and Conan O'Brien have been in solidarity with us." The WGAE's statement prompted AFTRA (the American Federation of Television and Radio Artists, a union that represents actors, dancers, singers and broadcasters) to issue a letter explaining that DeGeneres is "legally required by the no-strike clause of that contract to report to work." The WGAE says that it doesn't want DeGeneres to withhold "services" but there is the fact that DeGeneres "is a Writers Guild member as well as an AFTRA (member). The writing of her show is always done by Writers Guild members and, therefore, constitutes struck work." 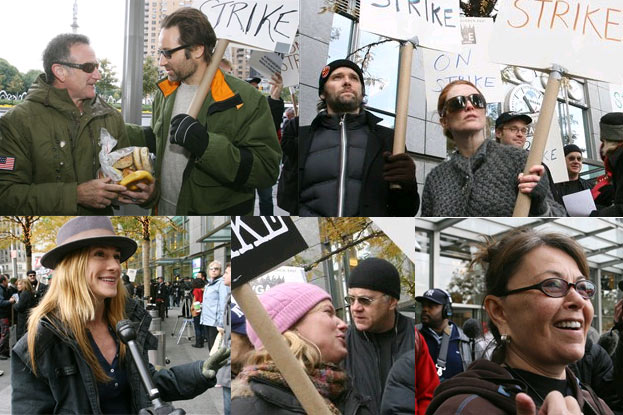 The strike means that late night talk shows are likely to continue their airing of re-runs (since Jay Leno has refused to cross the picket line, some workers have been told they will be laid off soon; the Tonight Show is also toying with the idea of guest hosts) while the networks may get pilot shows ready. And actors have been showing their support of striking writers here in the city. kaetsoleil on Flickr has a set of strike photographs including a great one of everyone's favorite city prosecutor, Jack McCoy, aka Sam Waterston (above). Other actors seen on the picket line include Holly Hunter, Robin Williams, and Julianne Moore and actors who are also writers - Roseanne Barr, Tim Robbins and David Duchovny.

Strike locations for this week include Battery Park on Tuesday and the World of Disney Store on Wednesday.