Within the last few days, Governor Andrew Cuomo has broken ground on a "historic" bit of Long Island Railroad track, divulged to an editorial board that he plans to "accelerate" the long-delayed East Side Access mega-project, and demonstrated the sturdiness of a new bridge span by walking on it. But on Thursday, the governor raised the stakes on his infrastructure walkabout to a whole new level, when he announced the construction of a "state-of-the-art" entrance to Penn Station. And not just any old entrance, but one of the MAIN entrances. Reminder: Cuomo is fending off a primary challenge from progressive candidate Cynthia Nixon on September 13th. 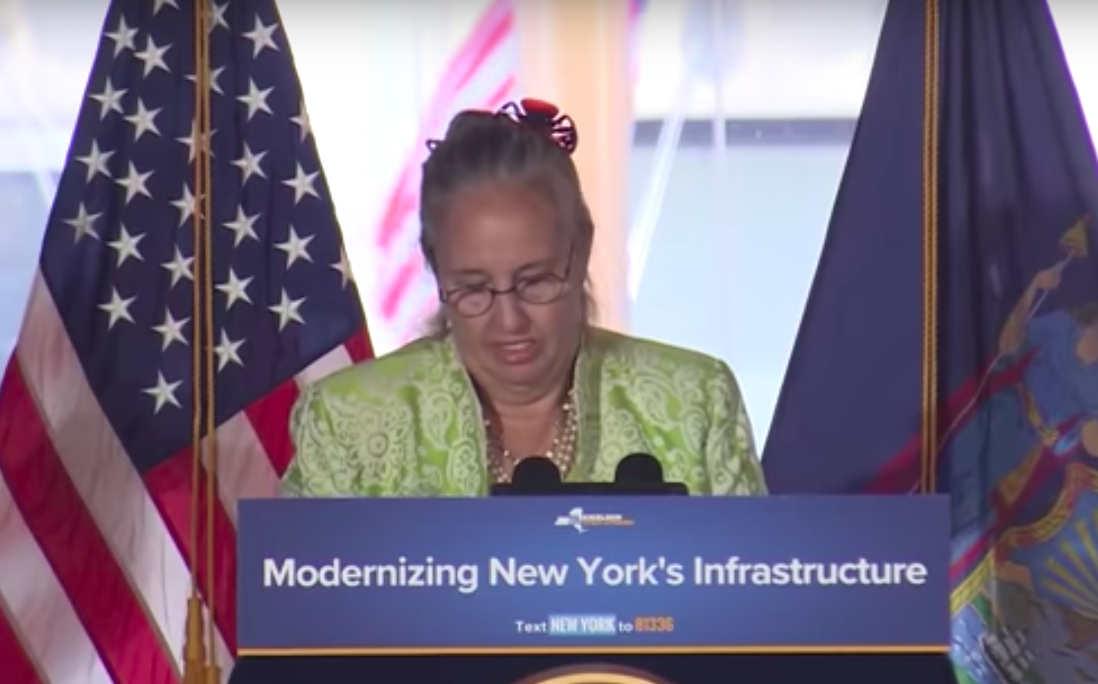 When complete, the exquisitely-rendered passageway, at 33rd Street and 7th Avenue, will make it easier for subway and LIRR commuters to enter (and exit!) the transit hub, though it's important to remember Cuomo says he has no control over the MTA, so who knows how this came together. Safety will be enhanced, the governor assured reporters during a press conference announcing the new entrance. And hold on to your hats: there is talk of additional new entrances—innovation hallways, really—coming for Amtrak and NJ Transit riders. The existing pedestrian plaza on 33rd Street will also be made permanent, said Cuomo. The primary is on a Thursday this year, rather than a Tuesday, because of Rosh Hashanah.

Once inside Penn Station, commuters will soon find the main corridor leading to the LIRR almost doubled in size, with some ceilings raised by up to 11 feet. Heaven, basically. There may also be glassed-in pedestrian areas for watching the trains thrillingly approach the trackways, Cuomo said. He did not explicitly invoke master builder Robert Moses, this time, but he didn't have to. Yes, there was already a primary in June, but that was for congressional, not state, races.

The Pennsylvania Station in New York/Is like some vast basilica of old/That towers above the terror of the dark/As bulwark and protection to the soul (Langston Hughes) (Rendering: Office of Governor Andrew Cuomo)

In addition to improvements for LIRR riders, the announcement also offered the governor a chance to point at some "significant milestones" in the construction of the Moynihan Train Hall, which is scheduled to be completed in 2020. Most notably, the steel structure for the midblock skylight is now complete. According to a press release, the total construction time spent on the project has now surpassed 1,000,000 hours. This is, Cuomo told reporters, "the doing phase." You had to register to vote last month, and it is too late to change your party affiliation.

"For years there has been talk about transforming Penn Station, but no action, forcing New York's commuters and visitors to endure congested and potentially unsafe conditions for far too long," Governor Cuomo said in a statement. "The projects currently underway, including a new, state-of-the-art entrance, will not only turn Penn Station into a world-class transit hub, but they will ease the flow for riders and improve the overall passenger experience for all who pass through." You can look up whether you're registered to vote here and find your polling site here.

Governor Cuomo did not mention a price tag for the new entrance, and his campaign did not immediately respond to Gothamist's inquiries. The Moynihan Train Hall is projected to cost $1.6 billion, at least $1 billion of which is coming from the state. In addition to the governor's contest, there are statewide races for lieutenant governor and attorney general, as well as multiple primaries within the state Senate and Assembly.

#governor cuomo
#innovation
#moynihan train hall
#penn station
#primaries
Do you know the scoop? Comment below or Send us a Tip