Would You Risk Death For Your iPhone? 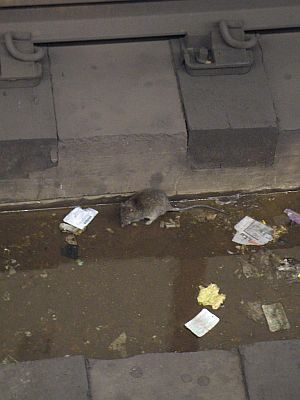 Remember how a few years ago a 19-year-old girl climbed down onto the subway tracks to get her phone and got killed by an oncoming V train? It seems the lesson still hasn’t been learned and commuters are still risking their lives to retrieve dropped objects: Tourist Bijan Rezvani recently explained his reasons for venturing down there to collect his precious iPhone.

More important than keeping his life, apparently. Rezvani survived the mission, obviously, and his story joins a long line of phone rescue nightmares, like the legendary guy who, to retrieve his phone, stuck his arm so deep in a train toilet he got stuck. (It took the jaws of life to get him out and the phone was never found.) It makes us wonder where a phone has to be for someone to not try to get it back.

And when it comes to climbing down on onto subway tracks, keep in mind it’s not just the speeding train you have to worry about, but also the third rail, rat bites and risk of arrest. LAPTOP magazine, who interviewed Rezvani, compiled a list of gadgets they’d be willing to risk death to recover from the subway, like the Nintendo DS and the iPod Nano.

We’ve done some soul searching and are hard pressed to come up with any gadget so indispensable that we’d risk death for it. What about you – is there anything you’d tempt fate to get back from the subway tracks?