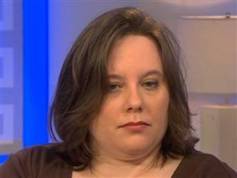 A Long Island woman is suing a medical lab in Rye Brook after her tissue sample was mislabeled, she mistakenly diagnosed with cancer and had a double mastectomy on her healthy breasts. Darrie Eason tells after she was told, post-mastectomy, that she never had cancer, Newsday, "I didn't know what to believe. They told me I had cancer and now they're telling me I didn't. I didn't know if the next day they were going to call me and say, 'Sorry, we made a mistake, you really do have cancer.'"

After being told she had invasive lobular carcinoma and that she would need a radical double mastectomy, Eason went to get a second opinion. The second doctor "relied on the same mislabeled sample." Eason told the Today, “I was told I had lobular breast cancer, which everybody said would come back," so she had the mastectomy and began reconstructive surgery. Then, the surgeon, who had Eason's removed tissue tested, told her that she really didn't have cancer. And when the mix-up was revealed, another woman, who had received a healthy diagnosis based the sample of Eason's tissue, had to be told she had the very serious form of breast cancer.

A state report says that a technician at CBLPath made the mistake probably because he/she was handling more than one specimen at a time. Eason is not suing her doctors, because they were making diagnoses based on information from the lab. CBLPath says that the mixup was "isolated" but her lawyer Steven Pegalis doubts that, "One of the things we may learn is ‘Was there a system failure, and if so, what can be done to improve the system?’ Personally, I doubt this is a one-time event by someone who was careless for one time in his or her life."

Eason said, "I'd like for no woman of any age to have to deal with the pain and the emotions that mistakes can cause. And I'd like somehow to change this -- mistakes like this can't happen."

#A Long Island
#And I
#breasts
#health
#long island
Do you know the scoop? Comment below or Send us a Tip