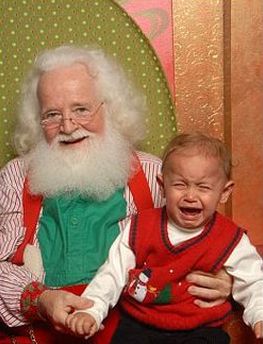 Television producer Matthew Weiner recently shared his holiday gift horror stories with the Times, relating a sad/funny discovery made by his brother while exchanging a Day-Glo orange sweater given to him by their parents; it turned out they spent $1.00 on the item. Which still doesn’t sound as bad as the gift Weiner got: “a crimson suede Nascar jacket covered with sewn-on patches with emblems of Skoal chewing tobacco and Drakkar Noir cologne. On the back was a huge Budweiser insignia.”

On Christmas Eve the Times opened up a thread for online readers to share some of the worst gifts they’ve received. A man from Massachusetts got “a tire from my then fiancé. I gave her an engagement ring as my gift. We never married. Not because of the tire per se, but you'd have to say it was a bad omen. I hated that tire.” Michael from Brooklyn got “rehab - from my parents.” Some of the other standouts:

What’s the most disappointing present you pretended to be grateful for this Christmas?