Worse-Than-Average Trip to the Dentist 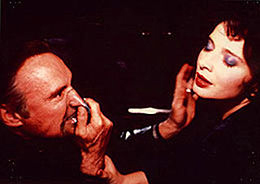 Few people enjoy visiting their dentist, but a Brooklyn woman has more reason than most to complain about her latest appointment. 54-year-old Dr. Neil Mate was released without bail, but facing charges after he allegedly imprisoned one of his patients for six hours. The New York Post reports that Mate is being charged with sexual abuse, unlawful imprisonment, menacing, forcible touching, exposure, public lewdness and harassment, after subjecting a patient to hours of abuse.

Dr. Mate allegedly dropped his pants once a 34-year-old female patient was in the dentist chair in his office, after gyrating his hips and moaning "Oh Judy! Oh Judy!" He then allegedly masturbated on the patient and wouldn't let her leave the office. After six hours, the victim's husband became concerned about his wife's whereabouts and went to the dentist's office. Barging in, the husband encountered Dr. Mate, who reportedly asked that the whole incident be forgotten. Instead, the husband restrained Mate until police arrived.

The Daily News reports that Dr. Mate was put on probation for two years and fined $2,700 in 1997 after touching a female patient's breast and inner thigh. A person who lives near Dr. Mate is quoted saying that he wouldn't want Mate as a dentist and wished he didn't have to have him as a neighbor.

#abuse
#brooklyn
#crime
#daily news
#new york
#new york post
#news
#people
#police
#the daily news
#the office
Do you know the scoop? Comment below or Send us a Tip