A group of apartment workers gathered yesterday in front of High Line park's luxury apartment buildings to speak out for higher wages and benefit standards. The protestors—most of whom currently hold jobs as porters, maintenance workers, concierge, or doormen—stopped on the sidewalk of five local buildings to call out their employers, chanting slogans like, "When we fight we win" and "Poverty at play."

Santos Collado, a young doorman for the luxury building Vesta 24 on 10th Ave—where a one bedroom apartment will run you $1.7 million—is concerned that his future plans for a family or home will be unrealistic under the current conditions. "I make $12.10 an hour, there is no future to that," said Collado, standing in front of the lobby where he spends each day. "I have no health insurance, and I have to pay out of my pocket when I get sick." 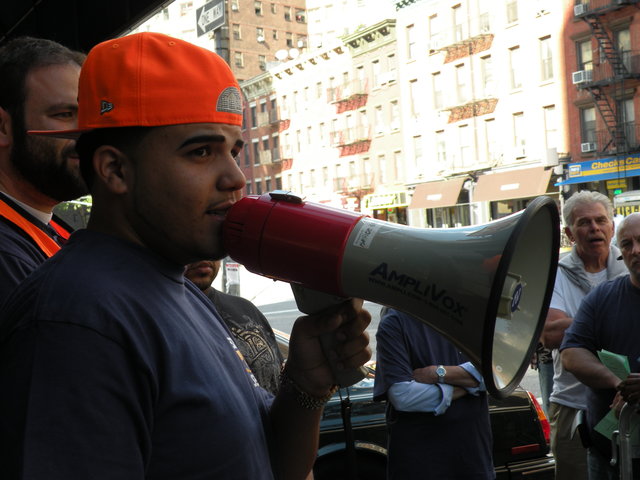 Santos Collado speaks outside of Vesta 24 where he is a doorman. (Gabrielle Sierra/Gothamist)

Collado's situation is not unusual. John Vidal, a doorman from a luxury building on 11th Ave known as the Sky Garage—where residents' cars are lifted straight to their floors—says that he and his coworkers have consistently spoken out about better treatment, only to have it fall on deaf ears.

"It's been three years," said Vidal. "We wrote a petition but they didn't do anything. They promised me better benefits, better wages, and they never did it, nothing. We have a medical plan but it is really bad, no dental, no anything. It is sad that you have to come to work scared. At any given time they can fire you, and we need these jobs."

The need for better (or any) health care plans and medical benefits are key among the requests from the protestors. 60-year-old William Rosado has been working as a porter for The Maris on 23rd Street for over seven years. He suffers from high blood pressure, but is unable to make regular doctors visits. "Sometimes I have to skip a doctor appointment because I don't have the money for the co-payment," Rosado explained. "We all work hard, we give good service, and I don't mind working hard, but we need to be compensated." 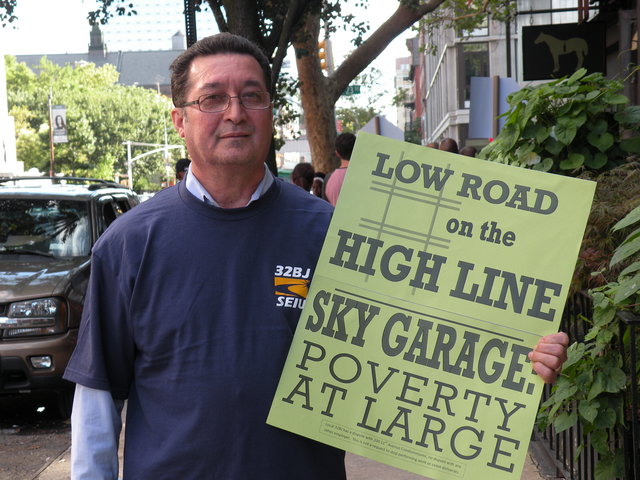 Though not present for the protest, Mayoral hopeful Christine Quinn issued letters to the boards of three Chelsea luxury buildings. In the letters, Quinn identifies herself as having "represented the vibrant Chelsea community for three straight terms" and goes on to say, "Your building has received significant public support in the form of generous tax breaks. While these tax breaks are not conditioned on providing certain worker benefits, I would hope that you would take this public support into consideration and provide your workers with the same benefits that their counterparts in many other neighborhoods receive." 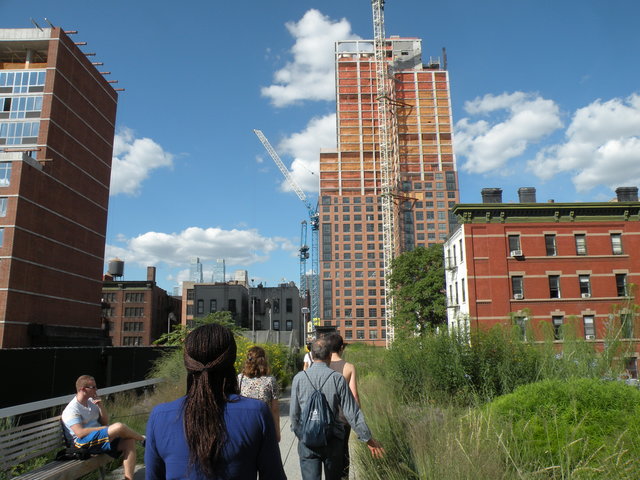 The protest also acted as a sort of walking tour of the Chelsea development boom, snaking up through the ever-crowded High Line and back down onto streets filled with tourists, galleries, modern residential buildings, and new construction.

"The rezoning in West Chelea has brought an incredible amount of big money to this area," said Kyle Bragg, the 32BJ Service Employees International Union Secretary-Treasurer. "All these new developments along the high-line have been extremely successful, beyond anyone's wildest imagination. It has totally transformed a neighborhood that was on the down and out. Yet the people who are responsible for the quality of life, the people who are supposed to keep their tenants safe and secure in their new home, they are being paid as low as $12.10 an hour? It is obscene." 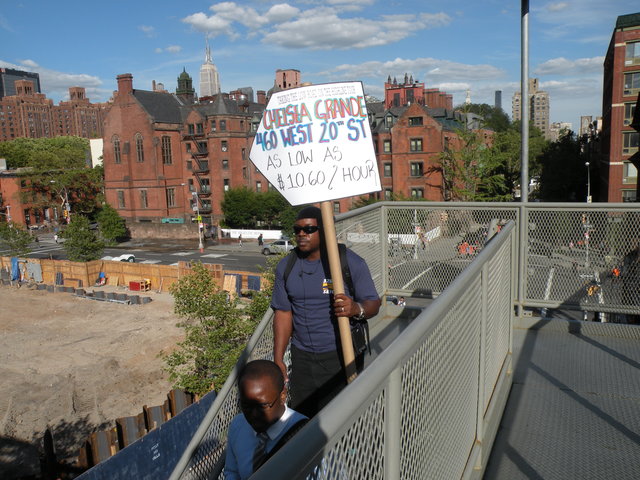 Throughout the march, leaders with bullhorns made regular references to celebrity tenants like Nicole Kidman and Mick Jagger, highlighting both the money invested into these properties and the reliance on discretion from workers. "We treat the residents with respect," said Vidal. "We give them the security and privacy that they need, but we don't get anything back. We just want to be acknowledged."

Although several Vesta 24 residents passed in and out (opening the door all by themselves!) and paid little attention as the apartment workers stood on the sidewalk, most of the protestors expressed affection for the tenants in their buildings. 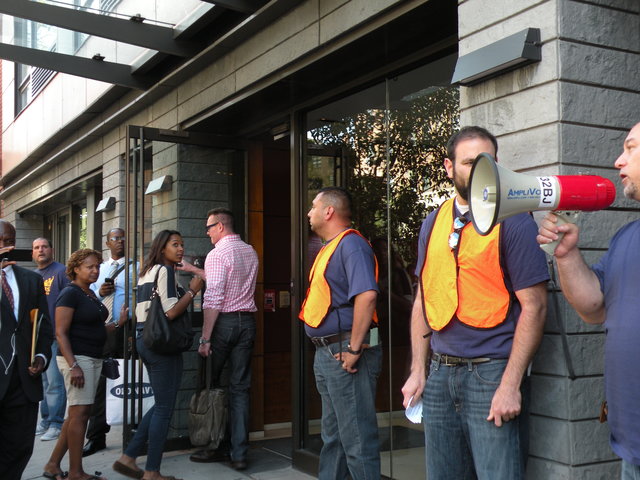 "The people in our building are great people and they are supporting us, but they don't make the decisions," Rosado said. "They are great people, they like me, I like them, they are like a second family to me. So I am hoping they understand us."