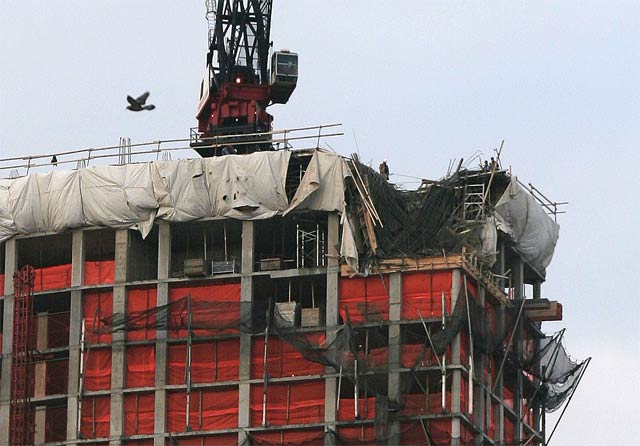 Photograph of the Trump Soho this morning by Riccardo Sinti

Work has been stopped at the Trump Soho construction site, the day after an accident caused one worker to fall 42 stories to his death. The FDNY says the workers had been filling wooden forms (one was a 20-foot-square section) with wet concrete when molds broke. Assistant Chief Thomas Galvin explained that the molds collapsed from the 42nd floor to the 40th, leaving a hold in the corner of the building. Per the Daily News, Galvin said, "They were pouring it on the floor .. tamping out the air bubbles, and for some reasons the forms collapsed." Concrete and other debris fell from the area.

While one worker fell to his death, another worker who fell from the 42nd floor was caught by the protective netting (the NY Times reports it's unclear why he was caught and the other worker was not). He was also covered in concrete and was taken to St. Vincent's Hospital in serious condition. Two other workers were injured; one who was also working on the 42nd floor said, "All I heard was the deck crack, and it all went down. I jumped back... All I could think about was saving myself." The emergency response was enormous, with as many as 28 fire trucks on the scene. Parts of the neighboring streets remain closed during the investigation. 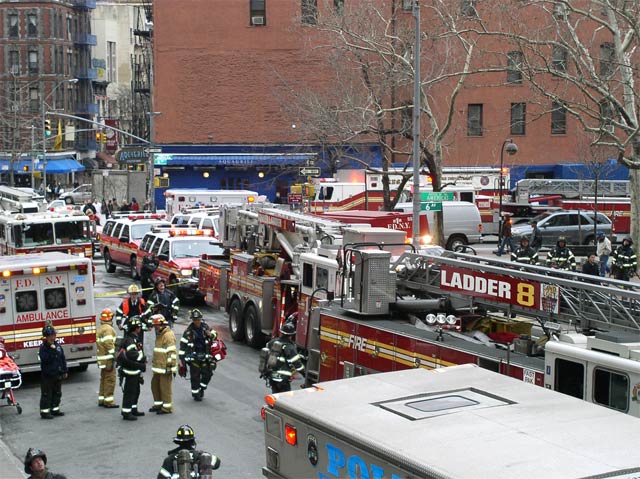 Photograph of the staging area by Otherground on Flickr

The Department of Buildings is conducting an investigation and DOB commissioner Patricia Lancaster said the Trump Soho was not in dangering of falling but said, "This is clearly unacceptable." Bovis Lend Lease, the contractor in charge of the project (BLL is a big company, but spent some an uncomfortable amount of time in the spotlight because of its role in demolishing the former Deutsche Bank building), is also conducting an investigation: "We are in the process of conducting out own investigation with our concrete subcontractor while working with local authorities to determine the cause of this tragic accident." 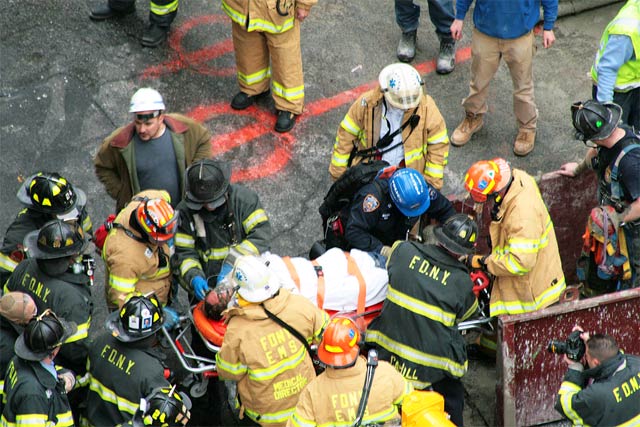 Bovis Lend Lease and subcontractor DiFama have received 11 violations from the DOB since last May, ranging from operating a crane in an unsafe manner to failing to close the sidewalk while lifting large loads. The site's towering crane is supposedly stable, but the Times noted that many witnesses felt it had been swaying. The crane had hit a neighboring building last month. 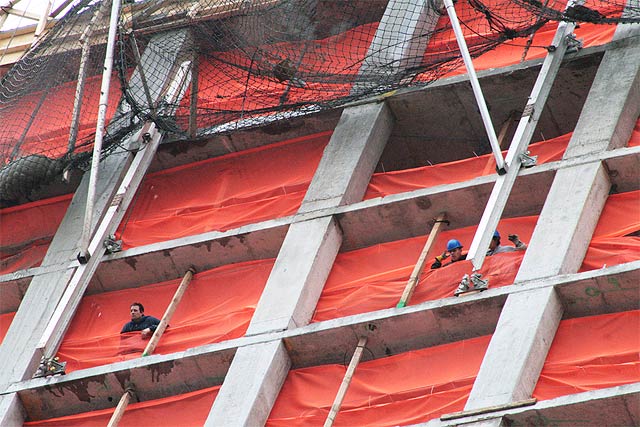 The Daily News has photographs of the deceased worker. Reports say his first name is Yuri, but he has not been identified pending his family's notification. And here is our post from yesterday, with photographs and observations from witnesses.