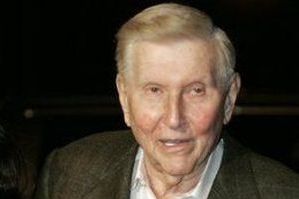 Sumner Redstone, who as majority shareholder still calls the shots at Viacom, has arranged a special holiday treat for his already well-exploited “permalancers”. (The term refers to the practice favored by Viacom and other companies of employing workers full time but classifying them “freelance” to keep their sneaky hands out of the insurance jar.) Though Viacom permalancers had previously been eligible for healthcare benefits after a year, new rules dictate that insurance will only be bestowed on employees who have spent half that year in one division. Should the wretched permalancer get transferred to another Viacom division, as happens often, that tally reverts back to zero. So sorry, microserf!

According to Gawker, Viacom has also disburdened itself of their tuition reimbursement and dental plans, which is totally understandable considering Viacom’s third-quarter earnings only jumped a paltry 80%. Permalancers were to learn of the “new way” when they went to pick up their invitations to tomorrow night’s holiday party at Hammerstein Ballroom. Some are refusing to sign off on the new agreement and are breaking out the heavy artillery: a petition. Your move, Sumner.

To top it off, one freelancer just informed Gawker that they were asked to sign some routine paperwork in order to get paid and not told they were signing away their old insurance agreement! We spoke with one Viacom staffer who prefers to remain hidden from the restless, all-seeing Eye of Redstone:

As a permalancer who'd been around long enough to be benefits-eligible and thus “grandfathered” in to the slightly less rape-y new not-very-beneficial benefits plan, Viacom's little “holiday bonus” yesterday didn't hit me quite as hard as those who are either newer hires, or don't work enough to qualify for the eligibility hours. Still, I'm gonna miss the holiday pay and my 401(k) – mostly because I've always wanted to be able to tell my mother that I have one.

The staff morale certainly seems lower than usual (which means it's really, really low), but I haven't heard much about mutiny, rebellion or revolt outside of the half-hearted jokes about striking outside of TRL Studios. Though we did see some letter on the copier addressed to Viacom CEO Philippe Dauman, which he will never read, but still expressed this adorable outrage about a multi-national media conglomerate not treating its employees with the utmost compassion and humanity. Recent liberal arts college grads can really be cute sometimes.

For myself, I just chalk this up to one of the many risks of sleeping with the enemy. Life goes on (and so will my unapproved lunches on the expense account).