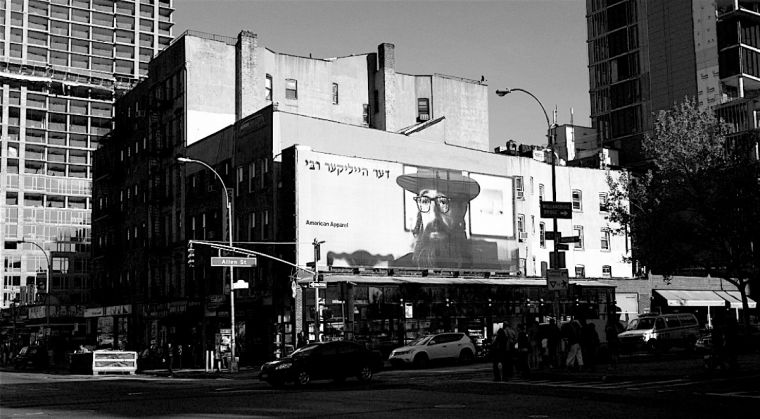 Last year Woody Allen kicked off the scantily clad teen models usually draped over American Apparel billboards, and seemingly made himself the new face of Dov Charney's clothing empire. In both LA and NYC, his image (taken from Annie Hall) hung above city streets along with Yiddish writing paired up with their logo.

Now it's being reported that Allen (despite his fondness of young ladies) filed suit against the clothier for $10 million in Manhattan federal court yesterday; American Apparel never got permission to use the director's image (sounds familiar). The trademark suit states that the company used his “image and identity in total disregard of his rights to privacy and publicity, his exclusive property rights and his personal rights," and that "Allen does not engage in the commercial endorsement of products or services in the United States."

#ad
#allen street
#american apparel
#billboard
#dov charney
#lawsuit
#trademark suit
#woody allen
Do you know the scoop? Comment below or Send us a Tip
A new Gothamist is coming! We’ve moved comments over to our beta site. Click here to join the conversation and get a preview of our new website.