A 35-year-old woman was punched multiple times by a man who robbed her while she was walking with her small child, according to police, who are now looking for the suspect.

The incident took place around 2 p.m. on Monday in front of 94-20 84 Street, on the border of Ozone Park and Woodhaven. According to the NYPD, the woman was with her four-year-old son when she was approached by a man who demanded her property. Then he punched her in the face, head, chest and back, "rendering her unconscious," police say. 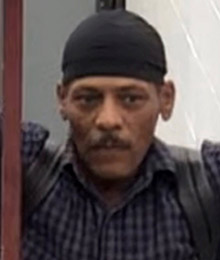 The suspect then fled, but good Samaritans chased him behind a CVS at 94-22 84 Street, where he allegedly climbed onto the roof to a CVS at 83-02 Atlantic Avenue and escaped.

The victim was treated for bruising and swelling to her body at a nearby hospital. Her son was unharmed.

Authorities described the suspect as being 40-50 years old, 5'8"-5'9", and 150 pounds and was last seen wearing a black du-rag, a dark colored long sleeved shirt, blue jeans and he had a black backpack.

Anyone with information in regards to this incident is asked to call the NYPD's Crime Stoppers Hotline at 1-800-577-TIPS (8477) or for Spanish, 1-888-57-PISTA (74782). The public can also submit their tips by logging onto the CrimeStoppers website at WWW.NYPDCRIMESTOPPERS.COM, on Twitter @NYPDTips or by texting their tips to 274637 (CRIMES) then enter TIP577. All calls are strictly.