A cyclist on a racing bike plowed into a pedestrian on the west side of Central Park yesterday afternoon, sending the woman to the hospital in critical condition. An NYPD spokesperson says the cyclist was riding south in the bike lane on West Drive near the intersection of 63rd Street when he "swerved to avoid hitting pedestrians" and crashed into the woman.

Various media outlets have identified the victim as 59-year-old Jill Tarlov, a Fairfield, Connecticut resident whose husband is Michael Wittman, a senior vice president at CBS. Tarlov was rushed to New York Presbyterian Weill Cornell Medical, where she is listed in critical condition. The Post reports that Tarlov is now "brain dead," while the Daily News notes that last night she "was being kept alive by a ventilator." 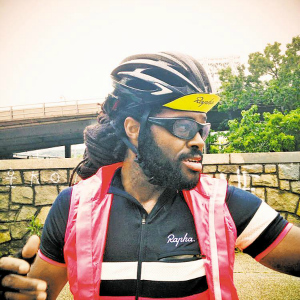 "He was yelling for her to get out of the way, but I don’t think she heard him,” one witness tells the Post, and another adds, "She went down pretty hard. The right side of her face looked very bad. There was blood all over her."

The cyclist has been identified in the media as Jason Marshall, 31. Police say he was also taken to the hospital for treatment to his shoulder and hand, and was released. Marshall has not been charged at this time, but an NYPD spokesperson says the incident is under investigation.

“She was my wife. She was the best,” Wittman tells the News. “She was walking in Central Park. We don't know if she had the light or he did….she was in the crosswalk.”

The NYPD has attempted to rein in racing cyclists in Central Park, conducting speed traps, issuing tickets, and distributing brochures urging them to use caution. But Tarlov is the second pedestrian to be seriously injured by a cyclist in Central Park this summer—in August 75-year-old jogger Irving Schachter was killed in a collision with a cyclist in the park.

Update: Paul Steely White, Executive Director of Transportation
Alternatives, has issued this statement: "Because we are serious about reaching Vision Zero, we need to speak out in response to every preventable tragedy and condemn all acts of reckless behavior in traffic. As the most vulnerable users of our streets, pedestrians must be safe from reckless cycling, just as they need to be protected from reckless driving. This is particularly true in our parks. As we await the conclusion of the investigation, our thoughts are with Jill Tarlov and her family during this difficult time.”

#central park
#cyclists
#vision zero
Do you know the scoop? Comment below or Send us a Tip