Woman Goes to GYN, Ends Up in Psych ER! 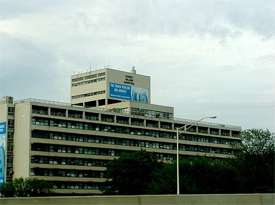 Keiko DesJardins has no history of mental illness, but her visit to Coney Island Hospital Monday morning for a routine GYN exam resulted in her forced transfer to the hospital's psychiatric emergency room. When she told the GYN admissions nurse about her past treatment for mood swings caused by PMS, the nurse "misunderstood and panicked," DesJardins tells NY1. Despite protest from her and her husband, she was forcibly transferred over to the psych ward.

When she finally saw a doctor and tried to explain she was there for a GYN exam, DesJardin claims she was told, "This is a psych ER unit and you are talking about the GYN, Pap smear. You are insane." Meanwhile, DesJardins's husband called the cops; when he told them his wife was being detained against her will, he says, "They just laughed at me and just walked out." After five hours of tests she was finally released.

DesJardin has filed a complaint with the hospital, and hospital officials are conducting an investigation. In a statement to NY1, the hospital says, "There are many contradictions in the patient's allegations. While patient confidentiality laws preclude us from disclosing the patient's history or details about the services she received, we believe she was directed to the appropriate services based upon the patient's own disclosures to us at the time. We can confirm she was not restrained at any time."

#coney island hospital
#crazy
#exam
#gyn
#pms
#psych ward
#psychiatric
#transferred
#woman
Do you know the scoop? Comment below or Send us a Tip
A new Gothamist is coming! We’ve moved comments over to our beta site. Click here to join the conversation and get a preview of our new website.