With New York City Crime at New Lows for 2007, Operation Impact Will Double 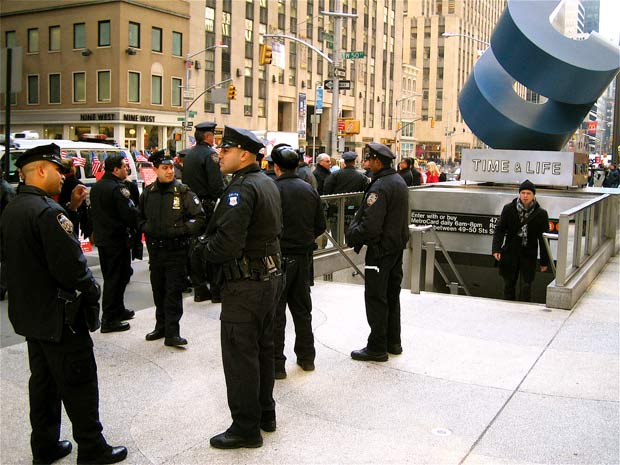 While announcing that overall felony crime in 2007 is down 6% versus last year, Mayor Bloomberg and Police Commissioner Kelly proclaimed that the city is on pace "is on course to set a new record in crime reduction" - to have the fewest number of murders "since records have been kept." The city expects the murder rate will be below 500 (as of Wednesday 7:30AM, there have been 484 reported murders), which is the lowest since 1963's 548 murders. Some other stats: 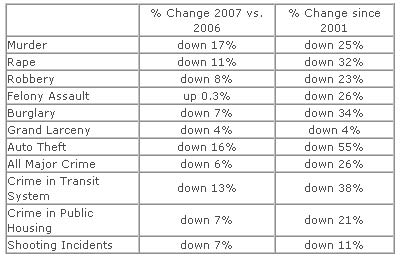 Overall major felony crime is also down 26% since 2001. Mayor Bloomberg said, "When I came into office, many believed it was impossible to drive crime, particularly murders, down any further. Yet, beginning in 2002, crime declined steadily and murders fell below 600 annually for the first time in 40 years. That happened again in 2003, 2004, 2005 and 2006. Now, in 2007, we have reached another milestone, murders could potentially fall below 500 - and that includes a decrease in random murders where victims don't know the perpetrators." In other words, take that, Rudy!

Even with the good news, the city announced that 914 new police recruits will join Operation Impact, essentially doubling the number of officers. There was suggestion that Operation Impact might be "stripped down" because of a lack of resources (recruiting problems, stemming from low pay), but now the program will be focused on decreasing crime in areas with persistent issues, like "Brownsville, Bedford-Stuyvesant and parts of downtown Brooklyn and Fort Greene," per the Times. The NYPD will monitor Operation Impact "daily" and redeploy officers to other areas if needed.

Photograph of police officers in Midtown by JolieNY on Flickr