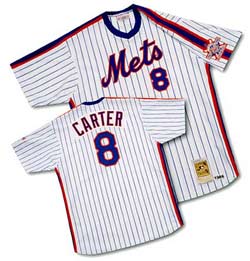 As if Willie Randolph didn’t have enough problems, he now has a former Met openly campaigning for his job. Gary Carter shared his thoughts on the Mets’ situation in a radio interview Friday. Carter told the hosts of "The Mike and Murray Show":

“When I saw that on ESPN today ... I got on the phone and I called (Mets VP of media relations Jay Horowitz and I asked Jay, 'Should I try to call Mr. Wilpon?' If there is this going on I just want them to know of my availability. I'm only a phone call away, because my contract allows me to leave the ballclub. I could be in New York tomorrow, if necessary, because if there's anything at the major league level I can leave this job."

But he wasn’t done sticking a knife in Willie’s back adding, "The comments that David Wright made saying that, you know, there's no spark, there's no fire - if anything I would love to bring that to the table because you know me, guys, I love the game, have a great passion for it and you know my enthusiasm."

This isn’t the first time that Carter has openly campaigned for the Mets job or stuck his nose into the team from afar. For his part, Randolph isn’t worrying about his job or his upcoming meeting with ownership, but he did pick up an endorsement from the GM last night. Omar Minaya backed up his manager after last night’s loss, but Minaya has to be careful how far he sticks his own neck out.

#baseball
#david wright
#gary carter
#mets
#Omar Minaya
#sports
#willie randolph
Do you know the scoop? Comment below or Send us a Tip
A new Gothamist is coming! We’ve moved comments over to our beta site. Click here to join the conversation and get a preview of our new website.