There are 15 NYC neighborhoods that are gentrifying, according to a new report from NYU's Furman Center.

The report, State of New York City’s Housing and Neighborhoods in 2015 (PDF), analyzes data from around the city and researched determined that "gentrifying" neighborhoods are the ones "that were relatively low-income in 1990 (among the bottom 40% in the city), but then experienced higher than median neighborhood rent growth in the following 20 years," a press release explained. 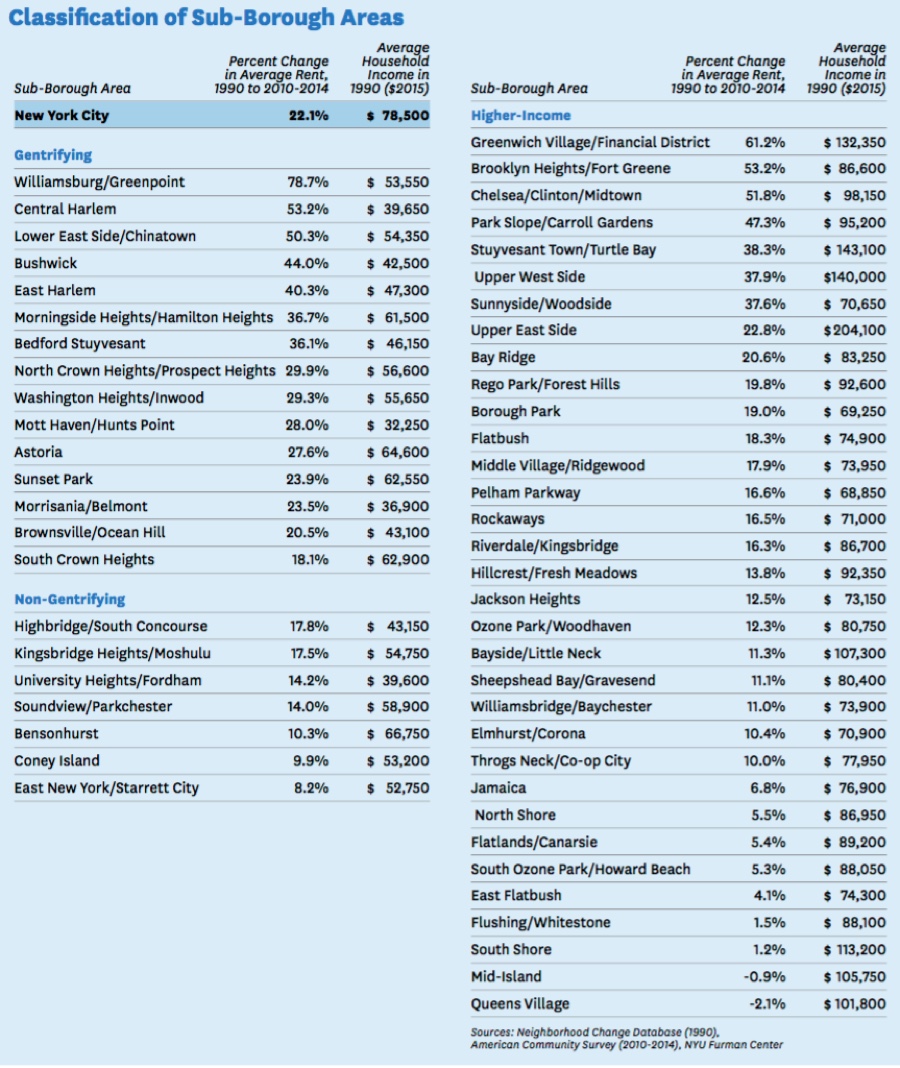 From the press release:

"The term ‘gentrification’ is often used to describe a number of different aspects of neighborhood change. We wanted to create a definition that allowed us focus on dramatic rent growth, which is the change that is of greatest concern in lower-income neighborhoods." said Ingrid Gould Ellen, faculty director of the NYU Furman Center. 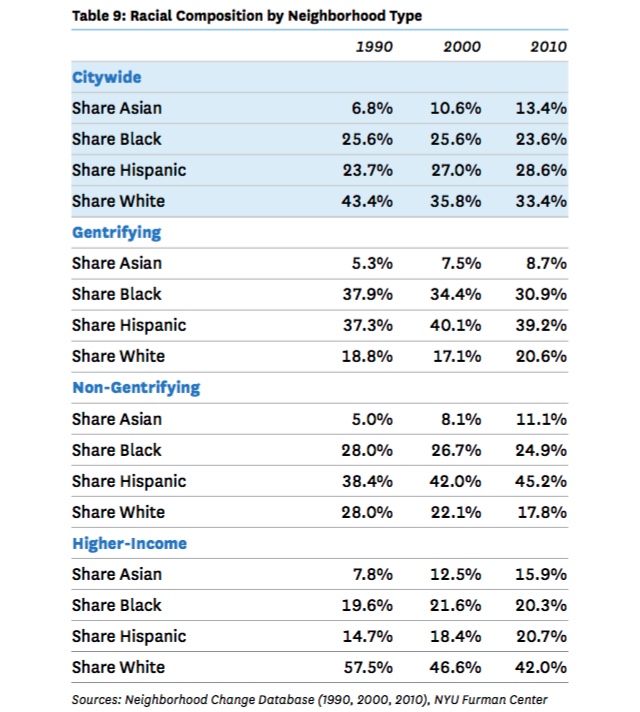 Crown Heights housing advocate Althea Watson told DNAinfo, "Landlords know their apartments are in demand. A landlord will split up apartments and pack [college kids] in like sardines. They can do it and get away with it because the kids are only there for a short time." Watson said she wished many newcomers to the neighborhood would join the block associations, "For most of them, it’s like as soon as they get married, they find some place up in Westchester or [Long] Island... I hate to say it, but you need white people to get things done. I’ve noticed our block association is more powerful now than it was 10 years ago."

As Spike Lee said during his infamous gentrification rant, "Why does it take an influx of white New Yorkers in the South Bronx, in Harlem, in Bed Stuy, in Crown Heights for the facilities to get better? Why did it take this great influx of white people to get the schools better? The garbage wasn’t picked up every motherfuckin’ day when I was living in 165 Washington Park... The police weren’t around... When you see white mothers pushing their babies in strollers, three o’clock in the morning on 125th Street, that must tell you something."