A 57-year-old woman who worked for the Bagel Store in Williamsburg was fatally struck by a driver on Tuesday morning in Brooklyn. The driver fled the scene but was arrested later in the day.

Francine Labarbara, 57, was walking home with "bags of groceries" and crossing Avenue Y at West 2nd Street in Gravesend around 8 a.m. when she was struck by the driver of a white Ford Econoline. Police say the driver had been going south on Avenue Y and turned left onto Avenue Y, hitting Labarbara and continuing on. 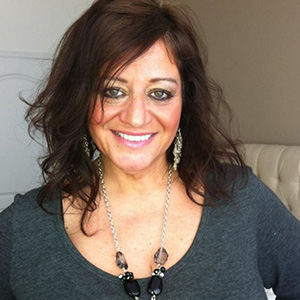 Labarbara was found with trauma to her head and body and taken to Coney Island Hospital, where she was pronounced dead.

Police arrested Brooklyn resident Susan Liebowitz, 55, late Tuesday night and charged her with leaving the scene of an accident, failure to yield to a pedestrian, and failure to exercise due care. An NYPD spokesperson said security camera footage and tips led to the arrest.

Labarbara was a single mother of 16-year-old twin boys, and worked as the marketing director for the Bagel Store in Williamsburg. Bagel Store owner Scott Rossilo lamented her death, telling NBC NY, "Oh her laugh, her laugh. She was great."

"She was picking up some supplies [for the store]. That’s when she got hit," Rossilo told the Daily News, which notes that Labarbara was mainly involved with the store's shipping operations, "dispatching the bagels to fans around the country and the world."

A Gravesend resident, Anna Salluscio, told CBS New York, "It’s horrible, especially a hit and run. The guy or girl didn’t have the decency to see if [Labarbara] was okay." She also said the corner was very dangerous, "I almost got hit there a couple of months ago. Right there in the intersection, was walking the dog and tapped the women’s car and she still went."

Other residents said that drivers ignore the stop signs at the intersection and their requests for a stop light have gone unanswered.