Will NY City Council Finally Take Action To Save Small Businesses From Extinction?

As small businesses disappear from the city, and bodegas and hardware stores and music venues are supplanted by chain drugstores and bank branches, or sit vacant for months, it’s worth remembering that New York City had commercial rent controls for 18 years, from 1945 to 1963. Yet much milder measures to restrain runaway rent increases have been blocked in the City Council for more than 30 years.

That may change this fall: The City Council plans to hold a hearing on the Small Business Jobs Survival Act (SBJSA) in the last week of October, according to Small Business Committee chair Mark Gjonaj (D-Bronx). Sponsored by Councilmember Ydanis Rodriguez (D-Manhattan), the bill would require landlords to tell commercial tenants 180 days before their lease expires whether they intend to renew it or state a valid legal reason why they won’t, enable the tenant to get a 10-year lease, and empower tenants to demand arbitration if they believe the rent increase is too much.

“It looks like we’re going to pass this,” says David Eisenbach of Friends of SBJSA, a coalition of small businesses, residents, and advocacy groups backing the bill. “We’re extremely optimistic that the essential principles of the bill will remain intact.”

Steve Barrison, executive vice president of the Small Business Congress, is much more pessimistic. He predicts the bill will be watered down under pressure from the real estate lobby, or killed on the grounds of vague legal objections. “How could you think it’s not going to be touched?” he asks.

“I am committed to hearing this bill, and seeing it through the legislative process,” Council Speaker Corey Johnson said in an email to Gothamist. “Preserving small businesses is a top priority of mine, and I know they are hurting. The Council is actively working on solutions.”

However, a spokesperson declined to say whether Johnson supported the bill as is.

Councilman Rodriguez says he hopes the hearing will enable his colleagues “to hear the stories of local small businesses who are closing” because they have “no control over rent increases.” He cites the Galicia, a Spanish restaurant in his Washington Heights neighborhood that closed in June when its rent was raised from $7,000 a month to $25,000. 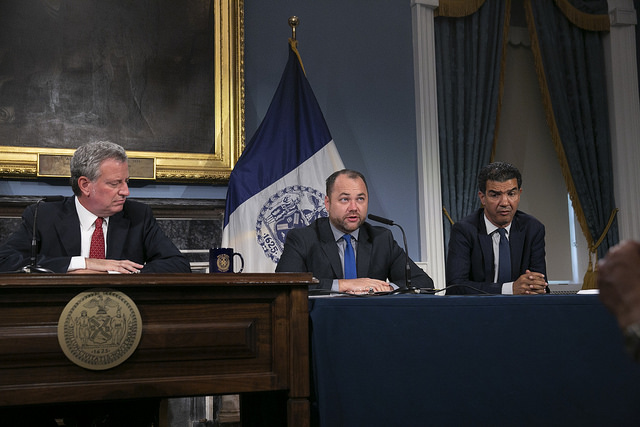 The measure is opposed by the powerful real estate lobby. Real Estate Board of New York [REBNY] chair John Banks argues that the idea that “retail vacancies are rampant” is a myth, and that businesses are not closing just because of high rents, but from higher minimum wages, fines from city agencies, and “anti-business sentiment” such as community boards denying liquor licenses.

Similar arbitration measures have been introduced since 1986. They came closest to passing in 2009, when 32 of the 51 Councilmembers sponsored the legislation, but then-Speaker Christine Quinn prevented it from coming to the floor. This year’s version has only 15 sponsors. Three of the five Small Business Committee members have signed on, but Gjonaj has not.

“The number-one issue is the unfair lease-renewal process,” he adds. “Tenants don’t have rights.” Under the SBJSA, he continues, landlords will still have the power, but “this will give the little guy a chance.”

The 10-year lease provision is crucial, Barrison explains, because it gives business owners a secure period in which they can invest in their enterprises or sell out to someone who knows the business has a future, instead of getting one- or two-year leases with massive rent increases. By giving tenants these rights, Barrison says the bill will also stop the practice of landlords demanding under-the-table payments for lease renewals, which he says is extremely common against immigrants.

“I just hope it passes, and doesn’t get watered down in any way,” says Jenny Dubnau, a painter and SBJSA activist who expects to lose her Long Island City studio when her three-year lease expires.

Several Councilmembers who once supported the bill, however, switched sides once they attained higher office, saying the bill had legal problems. Advocates cite Mayor Bill de Blasio, Public Advocate Letitia James, and former Council Speaker Melissa Mark-Viverito as examples of politicians who changed their minds. “They won’t attack the merits of the bill, just on these vague legal issues,” says Eisenbach.

A spokesperson for James, who recently won the Democratic primary to become the party's candidate for Attorney General, declined to comment.

Asked for de Blasio's position on the legislation, the Mayor's Office also did not respond.

The key legal question is not whether the proposed regulations are constitutional, but whether the city has the authority to enact them without authorization from the state. The New York City Bar Association issued a report last month that said no, arguing that state law prohibits the city from enacting stronger residential rent controls than the state’s, and that the rights to a 10-year lease and binding arbitration were “tantamount to rent controls.”

“SBJSA does not place any limitations on the amount of rent that may be charged,” Friends of SBSJA responded. “Therefore it is not ‘rent control’ and the city is well within its power to pass SBJSA.”

“The [bar association] paper is a bit of a fraud,” says a lawyer who has worked with the coalition who did not want to be identified because he does not officially represent them. “They set up a straw man by equating the SBJSA with rent control.”

The city corporation counsel said in 1988 that there was no state law prohibiting local commercial rent-protection legislation as long as landlords retained reasonable rights. In a 2009 memo opposing the bill, the Council’s general counsel wrote that that the state Court of Appeals had made it clear that “appropriately crafted legislation based upon adequate finding and addressing a major problem in the City would withstand scrutiny.” 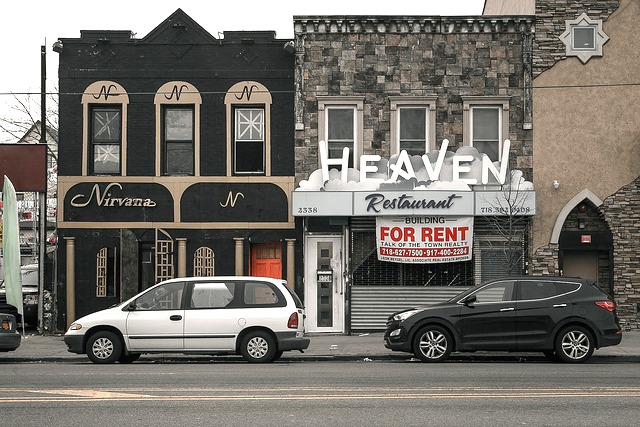 The city’s 1945-63 commercial rent-control law was a wartime-emergency measure authorized by the state. It limited rent increases to 15 percent at first, with provisions for arbitration when the lease was renewed again. The Court of Appeals upheld it several times, holding that it did not unconstitutionally interfere with property rights and that it guaranteed landlords a fair return on their investment. However, the state legislature gradually weakened it, decontrolling vacant storefronts in 1950, and letting the law expire in 1963.

“We the city have the legal right to do it,” contends Councilmember Rodriguez.

Former Manhattan Borough President Ruth Messinger, who first introduced the bill as a Councilmember in 1986, says she doesn’t remember legal issues “as being central” to the debate.

In her Upper West Side neighborhood, rent increases were already afflicting businesses more than 30 years ago. “I was hearing from every possible small business owner in my district,” she recalls. With the area gentrifying, landlords were “clearly interested in displacing businesses,” often tripling their rents at the last minute and then leaving the space vacant until they got a bid from a bank or a franchise.

The opposition, she says, was “really just real estate,” but she was unable to get the bill out of committee or raise any interest from Mayor Ed Koch’s administration.

Now, she says, “I don't get any sense of anyone in City Hall seeing this as a real challenge to neighborhoods.”

Barrison, the head of the Small Business Congress, frames the fate of the bill this way: “The real question is, do they want to stop the loss of small businesses? Or are they afraid to stand up to REBNY?”