Why Can't New York City Be More Like Jersey City? 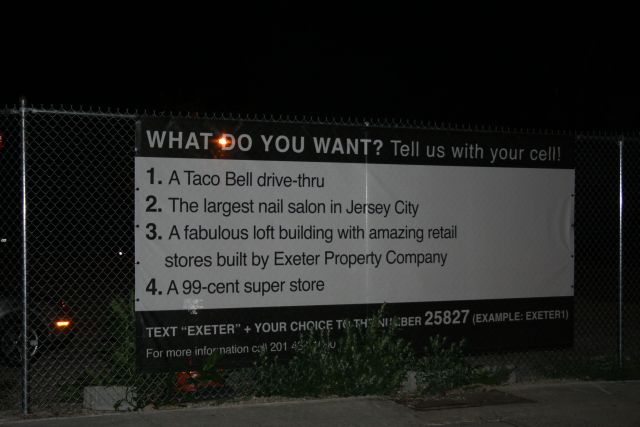 The things you see when you leave the New York City limits! This photo was taken on Grove Street in Jersey City last weekend en route to the PATH station after All Points West. Hung on a fence surrounding a vacant lot, the banner speaks volumes about the Garden State's famed anarcho-syndicalism, which has succeeding in directly carrying out the collective will through cutting-edge technology like text messaging. If only New York City developers would let Blackberry-toting urbanites decide their plans, maybe there'd be fewer "fabulous lofts" and more bars with Jalapeño poppers and backyard beer pong!... On second thought, let's go with the giant nail salon.