Who Owns That Giant Plot Of Land In Midtown And Why Is It Vacant?

Ever wondered why the site of that old ConEd plant between 38th and 41st on the east side has sat fallow for so long? Today the Times sheds light on who owns the 6.4 acre parcel that one real estate executive describes as "a prime candidate for development in the current market.” 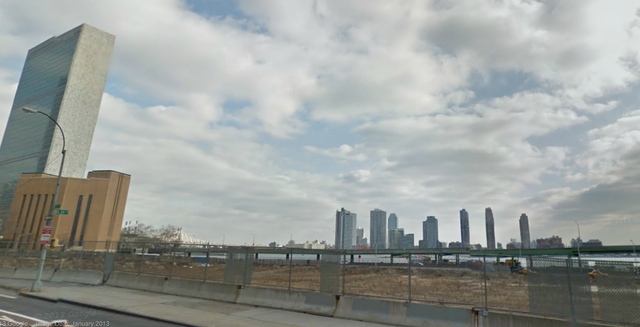 Is/Are the owner(s) of the land:

A) A kindly old couple from Zurich who purchased the lot at a bargain price from ConEd and placed the land in a trust that will ensure that it remains a public respite from high-rises and commercial development in perpetuity.

B) An entrepreneur who made his fortune in fluorescent lighting and invented those jokes on popsicle sticks and who pulled his donation from the High Line so he could turn the Midtown plot into an Ideas Meadow with a giant, pulsating "Dream Swing" and a network of slides.

C) A billionaire developer whose art collection includes works by Picasso, Matisse, and Botticelli and who has "developed a reputation as one of the country's most litigious individuals" while shielding his extremely time-sensitive plans for developing the lot into residential towers and commercial buildings as his firm has become a "revolving door" under his increasingly exacting and baffling standards.

Of course he owns that land. Of course.

And it's none of anyone's business what he plans to do with it. “He bought the land cheap,” Edward Rubin, an architect and a former member of Community Board 6, explains to the Times. “The rental market is really hot. Why it’s still a hole in the ground, I don’t know.”