Whitman Insists She Did Not Lie About 9/11 Air 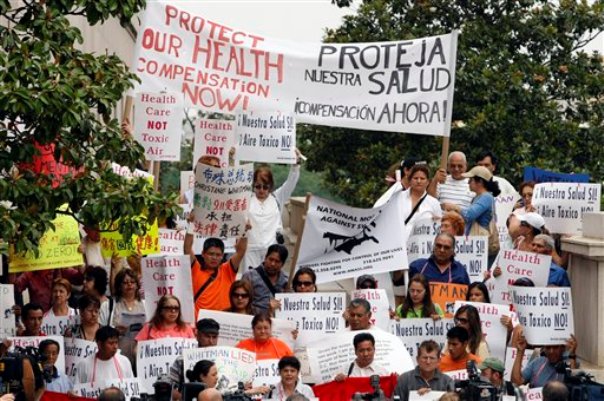 Former head of the Environmental Protection Agency (and former NJ Governor) Christie Todd Whitman testified in front of Congress yesterday about the EPA's September 11 response. With critics like Representatives Jerrold Nadler and Anthony Weiner of New York and Representative Bill Pascrell of NJ questioning her, Whitman called statements made about her leadership "misinformation, innuendo and downright falsehoods." 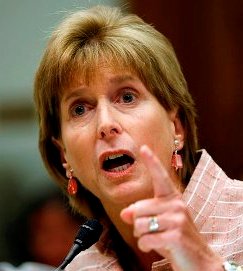 The Daily News, which made Whitman its cover girl yesterday, called her a woman of "many moods" yesterday, noting her changes in expression: "She went from sad, to patient, to petulant, to forgetful to angry - and back again - in her 2-1/2 hours of high-heat grilling by the House judiciary subcommittee on the Constitution, civil rights and civil liberties." Whitman lashed out at one point, adding, "I do not agree I gave them a false sense of safety. These were not decisions by a politician. My son was in [World Trade Center] Building 7 that day, and I almost lost him." [The Daily News also has a photo gallery of Whitman's testimony.]

A main point of contention seem how a 2003 report by the EPA inspector, per the NY Times, "concluded that Mrs. Whitman did not have sufficient scientific information to warrant stating, on Sept. 18, 2001, that the air in New York was 'safe to breathe,'" at statement that seems particularly ill-advised, given the number of WTC-related lung illnesses. And even though Whitman had earlier said that the EPA insisted that rescuers wear masks and the fact that they weren't was attributed to then Mayor Giuliani, she did defend Giuliani's actions, saying, "I think the city of New York did absolutely everything in its power to do what was right by the citizens of New York."

Congress is considering the James Zadroga Act (text of the act here), which would open up the victims' compensation fund to help families of Ground Zero workers who have died. NYPD officer Zadroga died from respiratory issues after working at Ground Zero.

Top photograph of Ground Zero clean-up workers, Lower East Side residents, and other Lower Manhattan workers in DC and lower photograph of Christie Todd Whitman testifying in front of Congress by Susan Walsh/AP