James Jackson, the white supremacist who murdered Timothy Caughman with a sword as a means of inciting a "race war," will serve life in prison without the possibility of parole. Jackson received his sentence on Wednesday, after pleading guilty last month. 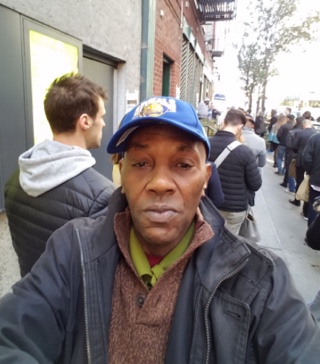 Caughman standing in line to vote in the November presidential election, according to his Twitter (via Twitter).

"From the outset of this case, the People have rejected any resolution of this case that does not acknowledge the reality that James Jackson is a white supremacist and terrorist," Manhattan District Attorney Cy Vance said in a statement. Jackson's sentence, according to Vance, "is a sentence reserved for crimes which by their definition seek to divide, terrorize, and undermine our way of life and central values."

In March 2017, Jackson took a Bolt Bus from Baltimore to New York City, intending to attack black men in "the media capital of the world." A member of a Maryland hate group, Jackson also penned a racist manifesto, from which Vance reportedly read on Wednesday. In it, the 30-year-old army vet described a "political terrorist attack" as "a formal declaration of global total war" on black people.

After he arrived in New York, Jackson reportedly spent three days stalking various strangers before setting his sights on Caughman, a 66-year-old who was collecting cans in Hells Kitchen when Jackson spotted him. "There happened to be no one else around," then-Manhattan Chief of Detectives William Aubry said at the time. Jackson attacked, repeatedly stabbing Caughman with a short sword he later tossed in a Washington Square Park trashcan.

Jackson subsequently turned himself in, telling detectives he killed Caughman as "practice" for a larger massacre he planned to carry out in Times Square. According to a criminal complaint, Jackson explained his rage over interracial relationships, later telling the NY Daily News he imagined his violent message would make white women think twice about dating black men. 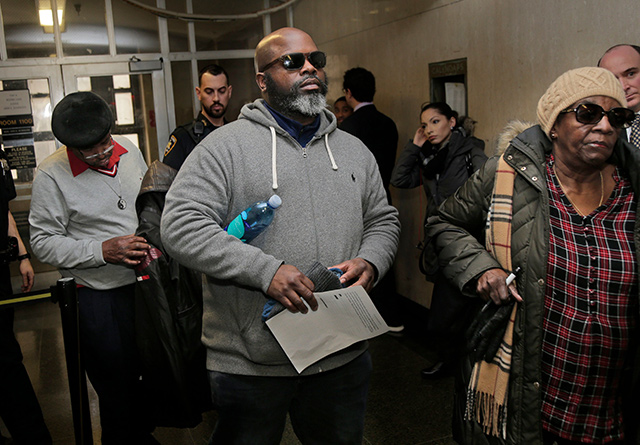 Initially, prosecutors charged Jackson with murder in the second degree as a hate crime; under pressure from Brooklyn Borough President Eric Adams, they upgraded the charge to reflect Jackson's status as a domestic terrorist.