Where The Hell Are Those Subway Countdown Clocks We Were Promised?

Buried deep in the $32 billion capital plan that the MTA approved in September, $209 million was set aside for a project that could give New Yorkers who live on lettered subway lines a perk that numbered-line riders have enjoyed for half a decade: countdown clocks.

New York’s slow progress in providing real-time arrival information to riders is an enduring source of mystery. Subway systems in London, Paris, and Madrid already do it. Those that don’t, like Tokyo and Mexico City, literally run trains every one to two minutes. Boston and Washington, D.C. are also far ahead of New York in providing this information. Meanwhile, only 177 out of 421 stations in the NYC system have clocks. Certain lines have them, namely the 1, 2, 3, 4, 5, 6, 7, and L, and the rest don’t. What gives?

Like many quirks of the New York City Subway, the answer has to do with the system’s roots in three separate operators. The Interborough Rapid Transit Company, or IRT, built New York’s first subway lines in the early 1900s — now the 1 through 7 trains. Later, the Brooklyn-Manhattan Transit Corporation (BMT) and city-owned Independent Subway (IND) built competing systems. After the city bought out the two private operators in 1940, it consolidated them into the public, citywide subway we know and love today, turning the BMT into the N/Q/R, J/M/Z, and L trains, and the IND into the A/C/E, B/D/F, and G trains.

The vast majority of the subway uses “fixed-block” signaling, which divides tracks into 1,000-foot portions and allows trains to pass through when the upcoming block is clear. Because fixed-block signals are not automated, according to a report by the Regional Plan Association [PDF], information about train movements can only be disseminated on a station-by-station basis, with the train dispatcher and station operator communicating verbally. There’s no way for a dispatcher to pinpoint a train’s exact location within a block — and no way to amass real-time data about those trains and send them to a central server.

The MTA’s ultimate goal is to outfit all lines with a system called Communications-Based Train Control, but so far only the L train has done this (it was the first line to get countdown clocks, in 2007).

The IRT division, which for decades had the oldest signals in the system, had countdown clocks rolled out between 2009 and 2011 as part of a divisionwide upgrade to a platform called Automatic Train Supervision—not as sophisticated as CBTC, but good enough to coordinate all train movements and report the results to a single command center. But the rest of the lines, because of their antiquated signaling, still can’t be relied on for accurate train information.

The rise of smartphones has led to a proliferation of ride-info apps — in fact, the MTA released its own Subway Time app in late 2012, but it only provides information on the lines that already have clocks (buses are also tracked). Just last week, the Times reported on a new app, Tic Toc Transit, that shows a ticking clock to the next train. But the app isn’t able to track arrivals in real-time; it uses the MTA’s preset schedule, which many subway riders are coming to see (for good reason) as less reliable than ever. 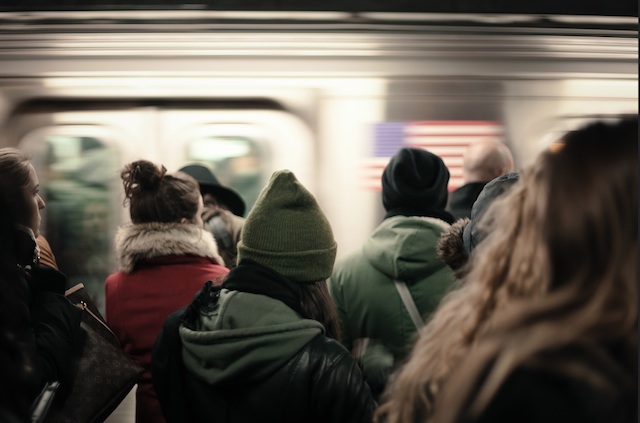 MTA spokeswoman Amanda Kwan told Gothamist that the MTA doesn’t have “a specific timeline for the lettered lines,” but said the agency hopes to be able to provide some sort of real-time information on all lines in the next three to five years. (This is the same timeline the MTA cited last year. In 2009, the agency told the Times that countdown clocks wouldn't be on lettered lines until "at least 2014.")

“We’re in the process of installing CBTC on the 7 line,” she said. Once that’s done, the lines that run along Queens Boulevard are slated to come next.

This could take awhile, because according to Kwan, “CBTC … often requires taking an entire line out of service, and the system can only sustain a certain amount of disruptions at any given time.”

When asked about MTA Chairman Thomas Prendergast’s recent comment that countdown clocks might be on the chopping block if the MTA can’t fill the $15 billion hole in its capital budget, Kwan insisted the items were going ahead as planned.

“The countdown clocks are part of improving the signal system, and that is a priority for us. That has to do with keeping the system in a state of good repair.”

But the $209 million set aside for the clocks in the budget is a separate item from the actual signal upgrades, which will cost more than a billion dollars — and must come first.

For the foreseeable future, lettered lines will continue to keep riders in the dark. A handful of stations alert riders over the intercom when a train is one or two stops away, if you can actually make out the message. In addition to the psychological benefits of precise arrival info, there are also real issues of wasted time at stake. If riders know that the next train is 15 minutes away, they might be able to save considerable time and agony by walking or taking the bus. A choice that many New Yorkers make every day—do I stick on the local, or get off the platform and wait for the express?—would become considerably more informed. In the meantime, riders who don’t know they’re about to spend the next 20 minutes waiting for a C train during rush hour will just be out of luck.

Jordan Fraade is Brooklyn-based freelance journalist. His work focuses on urban-planning issues and has been featured in The Baffler, CityLab, and BKLYNR.

#countdown clocks
#MTA
#Thanks Governor Cuomo
#you tax dollars in action
#longform
Do you know the scoop? Comment below or Send us a Tip