When Robbers Steal From Open Houses 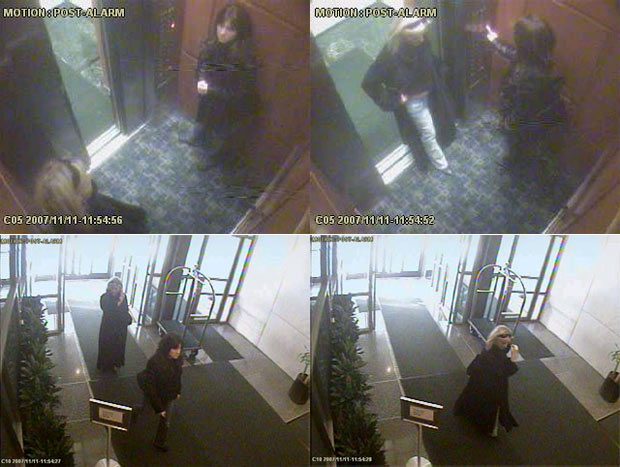 We knew open houses were fun for some people, but they offer goods ripe for the stealing. Last weekend, an Upper West Side apartment, where a real estate broker was holding an open house, was robbed by a pair of thieves posing as potential buyers. Prudential Douglas Elliman vice president Heddings posted about the devious crime on Monday on TrueGotham, noting that when the broker confronted the pair, they panicked and dropped "most but not all of what they had stolen, and dashed out of the building," plus some goods from another open house they robbed!

Heddings later showed surveillance video stills in hopes of alerting others and seeing if the public would recognize the thieves. The robber with brunette hair (a wig) seemed like a man in drag, prompting the Post to call it "The Great Tranny Robbery."

It's believed that the pair may be behind at least three other robberies on October 28, and all told, they've taken jewelry, a purse, clothes, champagne, and an expensive clock. But they may also be connected to two other robberies. A police lieutenant told the NY Times the pair would split up while at the open house, one distracting the broker while the other loots the apartment.

Heddings says he will reimburse the owner of the Upper West Side apartment for the stolen engagement ring and heirloom ring and also put together a list of suggestions to protect homeowners and real estate agents from possible theft - even homeowners who have hidden valuables sometimes find them missing! But at the end of the day, he still says, "Open houses remain one of the primary sources for buyers and i will at NO TIME suggest that people discontinue having them. They remain the most powerful tool to sell most apartments!" We bet open houses tomorrow will resemble airport screening lines!