When One Female Cabbie is Mugged, Others Race to Aid 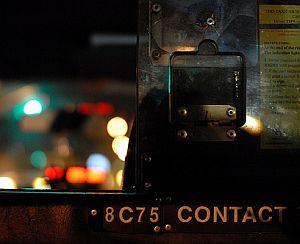 Three female cab drivers were on a group cell phone call with a fourth female cab driver when they heard her being choked by a mugger on 28th St. and Ninth Ave. So they called 911 and raced to the scene, coming to their friend's aid and simultaneously forming what was probably the largest number of female cab drivers ever assembled in one place; over 99% of New York City cab drivers are men.

Her friends first overheard the passenger, a 43-year-old woman from the Bronx, making racist comments while insisting she was an undercover cop, which prompted the victim, Neeru Singh from Punjab, to set her phone headset down out of fear she’d get a ticket for driving while on the phone. Luckily she left the phone on, and the other cabbies heard the location where she pulled over to drop the assailant off. It was then that the alleged mugger reached through the partition and choked Singh with one arm while grabbing at her bag.

Because the cabbies called 911 immediately, police picked up the perp not far from the scene. And despite a bruised neck, Singh returned to work within hours, telling the Daily News that “Punjabis are never afraid.”

Photo: The Year of the Rat

#cabbie
#driver
#female
#mugged
#mugging
#women
Do you know the scoop? Comment below or Send us a Tip