What's Up With Richmond County? 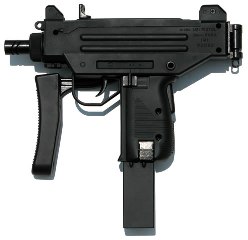 The general perception of Staten Island is that it's the quietest borough, the most suburban. But in the past few days, there have been two incidents that make the least populated borough seem like Deadwood.

Last night, the Staten Island Advance reports, a dispute erupted when some teenagers parked a Honda outside Leonardo Cavicchio's house on Edgegrove Avenue around 8:30PM. Cavicchio "approached the teens and an argument ensued, during which Cavicchio slashed one of the Honda's rear tires." And then, as the teens were getting ready to change the tire, they confronted Cavicchio, who had gone into his house to get a rifle. A neighbor heard gunfire and called the police.

It took the police - and Cavicchio's brother - an hour to get him out of the house, and when Cavicchio was placed in a patrol car, he kicked one of the windows out. The police are still trying to come up with a motive, but they did find "two rifles, multiple shotgun shells and fireworks mortar tubes."

And on Saturday night, a woman fired two times from her home near Wolfe's Pond Park. Lori Verna escaped, but the police searched the house and found:

-Action Arms Israeli military industrial Uzi
- Two E.A. Company .223 rifles "with the ability to accept a detachable magazine, a pistol grip that protrudes conspicuously beneath the action of the weapon, a telescopic stock and a threaded barrel designed to accommodate a flash suppressor"
- A .32 caliber Colt
- A .45 caliber Smith and Wesson with six rounds in the magazine
- A .45 caliber Uzi submachine gun with 15 rounds in the magazine
- Three large-capacity ammunition feeding devices
- At least 16 different types of ammunition, including live 9 mm hollow-point rounds

Verna turned herself in last night and was charged with weapons possession, reckless endangerment and menacing. The two other people living in the house, Frank Voto and Randall Hafele, were also arrested.

#crime
#gun
#military
#people
#police
#staten island
#Staten Island Advance
#The Police
Do you know the scoop? Comment below or Send us a Tip