What's The Deal With All These Australians In NYC?

They're on the subway, in the beer line at PS1 Warm Up, and holding the elevator for you at your office. Sometimes it feels like Australians are becoming as common in New York as bank branches. You aren't imagining things.

In 2005, an American Community Survey taken for the U.S. Census estimated that only 5,537 Australians were residents of New York City. In 2011, the Australian Consulate pegged the number at 20,000, suggesting that the rapid influx of Australians to the city is very real.

Called the E-3, the one-of-a kind work program is a unique and often overlooked Bush-era agreement made at the height of the wars in Iraq and Afghanistan. Nine years since being put into law, the visa exists as a peculiar chapter in recent U.S. immigration policy and has spurred continuous debates in Washington on the merits of aggressively courting foreign workers.

Most professionals of other countries looking to work in the U.S. must compete for the H-1B visa, but the E-3 work program allows Australian professionals to compete only with other Australians. With 10,500 E-3 visas allotted each year, professionals from Australia are given a clear advantage, representing over 15% of the combined annual total of U.S. work visas allotted—compared to the 65,000 H1-B work visas that are issued yearly.

The benefits enjoyed by Australians don't end there.

Unlike the H-1B, which has a six-year maximum and then requires the worker to stay out of the United States for a full year before they are able to re-apply, the E-3 is renewable indefinitely. Filing fees for the H-1B can add up to $2,320 with an additional $1,225 tacked on if the visa needs to be expedited. The E-3 only requires a payment of $270 for the standard visa application fee.

"It certainty has been a great success for Australians," says Ted Ruthizer, a top immigration lawyer for the New York City firm Kramer Levin. "They are able to come here without having to worry about visa numbers not being available, which is a concern for almost everybody else in the world."

Madeleine Sumption, Senior Policy Analyst at the Migration Policy Institute in Washington, D.C. echoes these sentiments. "Generally, the E-3 visa is a much more convenient visa to have [than the H1-B]," Sumption says. "It's definitely an interesting quirk in U.S. immigration policy."

The story behind the creation of the E-3 involves some deft political negotiating on the part of Australian officials who, many believe, leveraged their involvement in the Gulf War and Afghanistan to help carve out the unique visa agreement.

"Australia at the time was cooperating with the United States on the 'War on Terror,'" explains Sumption. "This isn't officially or explicitly the case. But the more informal, word on the street is that this was a major motivation."

Australia sent the third largest number of troops for the Iraq invasion in 2003, after the U.S. and the United Kingdom, but was quick to withdraw later that year. However, in Operation Catalyst, Australia re-deployed troops a month before George W. Bush put the E-3 visa into law in May of 2005.

By 2006, the number of Australian troops present in Iraq had more than doubled, despite a lack of domestic support for their military involvement in Iraq. Australia eventually withdrew troops from Iraq until July of 2009.

In Afghanistan, Australia's involvement in U.S.-led military activity commenced in 2001, but by early 2005, their forces had dwindled. Four months after the AUSFTA (Australian-U.S. Free Trade Agreement) and the signing of the E-3 visa into law, Australia announced a second phase of military deployment to Afghanistan that lasted until December of 2013 when combat troops were withdrawn. Australia's involvement in Afghanistan was the longest war in its history. 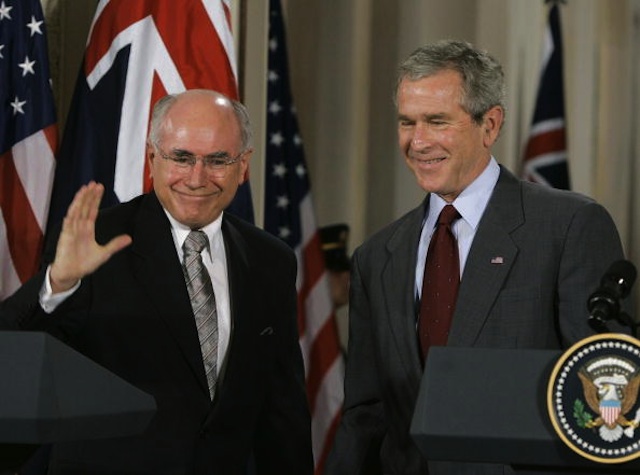 The Café Grumpy chain featured in Girls is one of the many businesses in the city owned and operated by Australians. The managing editor of The New Yorker, Amelia Lester, is also an Australian. In 2012, the Sydney Morning Herald christened a section of Nolita as "Little Australia," singling out over 20 different Australian-owned businesses in the small Manhattan neighborhood.

Isabelle Raphael is an Australian living in New York City on the E-3 visa working as an online photo editor. "I knew only one other Australian when I first moved to New York," says Raphael, who came to the city in 2011. "But so many people I know have moved here since then. It's like every day someone emails me that they are coming here to live and work."

Despite the clear advantages the visa offers, she still found the process of applying for the unique visa to come and work here difficult.

"I'd like to debunk a myth that it's easy. You need to not only get a job in America, which is hard enough, but then you need to convince an HR department to fill out the paperwork to get you a visa."

She adds, "Every time you get a new E-3 you can apply for it in the U.S. but it takes three months and obviously most companies want you to start as soon as possible. Outside of the country, it takes three weeks."

Hayley Dibben grew up in Sydney and is now the general manager of the Australian-owned Milk Bar in Prospect Heights. The ownership group also owns Bluebird in Manhattan and will be soon opening up two more cafes under the name Brunswick in Brooklyn.

Dibben is not on an E-3 but first started working in the U.S. on a J-1 visa that allowed her to go to school and work here in the United States. While in New York she met her husband (an American) and is now applying for a green card. However, before all of this, Dibben did her research on the E-3.

"It's very hard to do if you are not in the country already to get an E-3. Then there is the complication that companies are more willing to hire Americans and just skip the paperwork. It's a hassle for them," she says.

Still, Raphael and Dibben said they both know many fellow Australians who tolerate the difficulties and have noticed an increased number of Aussies coming to the city.

Rich Henderson, an Australian-born associate editor with the financial industry publication FundFire, says that he often runs into a lot of fellow countrymen and women.

"I have noticed a massive amount of Australians in New York, just from seeing people on the street or in shops or supermarkets—people who clearly are here for longer than a few weeks or months."

All three of them cited the allure of New York City as a reason why many Australians want to come and live here.

"It's all about the idea that if you can make it in New York, you can make it anywhere," explains Dibben. "So there's that drive that motivates you to be successful here."

For Raphael, she found Australia stifling, citing "tall poppy syndrome," a social phenomenon in Australia where successful individuals are criticized or looked down upon.

"You can't really stretch your wings in Australia. So to do something bigger, you sometimes need to go overseas." 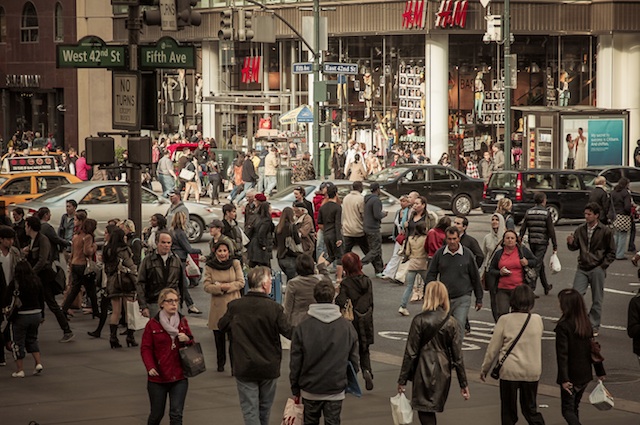 Regardless of Australia's skillful negotiations for an innovative visa work program, Ruthizer, the immigration attorney, believes that it's unlikely similar agreements will be made with other countries in the future.

"There's been a bit of a backlash. I think it's going to be very difficult for the United States to do this with another country," Ruthizer says. "Congress is going to be watching it with a very weary eye under the belief that it sets a bad precedent when nationals of a particular country are able to get a visa that nobody else can get just because that country was skillful enough to negotiate those kinds of benefits."

In 2012, Senator Chuck Schumer proposed a similar legislation for the country of Ireland. The proposal (also called an E-3 visa) would allow up to 10,000 Irish professionals to come and work in the United States on a yearly basis. And last year's Comprehensive Immigration Reform bill in the House included a proposal for a very similar visa to citizens of European Union member states. Both failed to materialize.

Ruthizer doesn't think the E-3 visa program has any major effect on the U.S. workforce. With a maximum quota of 10,500 E-3s given out every year, that number remains too low.

However, Rich Henderson believes Australians bring other advantages that in many cases could give them a slight edge over American candidates when competing for entry-level positions.

"The economics are pretty simple—young Australians pay less for degrees compared to Americans and aren't under the same economic pressures to repay loans. This means Australians can be just as competitive in the job market and may settle for a lower salary than they might get at home, or than they deserve for a job in the U.S."

Despite any advantages Australians might have over other immigrants, they came here for the same reasons you did.

"The economy in Australia is good, wages are good—often better than America," Henderson says. "But the scale of New York, the energy of the place, the culture, is completely different from Australia. Our most cosmopolitan cities like Melbourne, Sydney, are amazing places to live and work, but they just can't compete with New York."

Saxon Baird is a freelance journalist located in Brooklyn, NY. He tweets @saxonius

#Afghanistan War
#Australians
#Iraq War
#war on terror
#williamsburg
#longform
#original
Do you know the scoop? Comment below or Send us a Tip