What Will the Jets and Giants do at the NFL Draft? 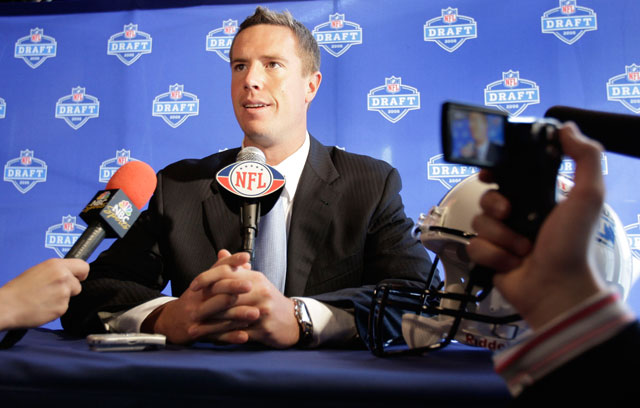 The Jets made a big splash in free agency and they hope to make a big splash in the draft. Sitting at number six, the Jets could go in a number of interesting directions. Darren McFadden, the great running back from Arkansas could be the selection, as could Matt Ryan, the QB from Boston College. Ryan is the top-rated QB in the draft. If the Jets don’t select him, the Patriots (picking at 7) could auction their pick off to the highest bidder, so the Jets could also mess up the Patriots plans with a selection of Ryan.

The Giants enter the draft with a hope for a repeat of last year’s results. Every pick from 2007 made the team and several made big contributions during the season and playoffs. Conventional wisdom has the Giants selecting a safety to replace Gibril Wilson, but there is disagreement over which one. Perhaps the biggest question facing the Giants is if Jeremy Shockey will still be with the team when the draft is over. The New Orleans Saints are reportedly interested in him and the Giants proved they could win with Kevin Boss at tight end last year.

The draft starts today at 3pm and and continues Sunday, but he NFL has shortened the time between picks in all rounds. Hallelujah! ESPN will cover the draft both days.