What We Know About Alleged CT School Shooter Adam Lanza

After a whole lot of confusion, the NY Post, NY Times and other news outlets have now identified Adam Lanza as the suspect in the tragic shooting at an elementary school in Connecticut this morning. Altogether, at least 27 people were killed, including 20 children, when the 20-year-old Lanza allegedly walked into the Sandy Hook Elementary School in Newtown and opened fire.

NBC initially reported that a Ryan Lanza killed his father in Hoboken NJ this morning, then drove to Connecticut to Sandy Hook Elementary School, where his mother Nancy is a kindergarten teacher. It would be an understatement to say that there have been several conflicting reports about this timeline though: some reported that a body was found in a family home at 36 Yogananda Street in Newtown. CNN reported that Lanza's younger brother was found dead in Hoboken; a previous AP report claimed the younger brother was being held for questioning. That has since been amended to read that the 24-year-old Ryan Lanza, the older brother, is being questioned, but is not considered a suspect.

Around 9:30 a.m., Adam Lanza is said to have opened fire in the offices at Sandy Hook Elementary—witnesses told the Post that screams and gunshots were heard over the intercom of the school. Lanza then reportedly went into his mother's kindergarten class, killed his mother, then opened fire on the children.

Update, 8:39 p.m.: It's now believed that the suspect's mother, Nancy Lanza, was shot in her home. According to ABC News' sources, "Lanza shot his mother in the face, then left the house armed with at least two semi-automatic handguns and a semi-automatic rifle." Then he drove to the school. Police confirmed that all the shootings took place in one section of the school, in only two rooms. 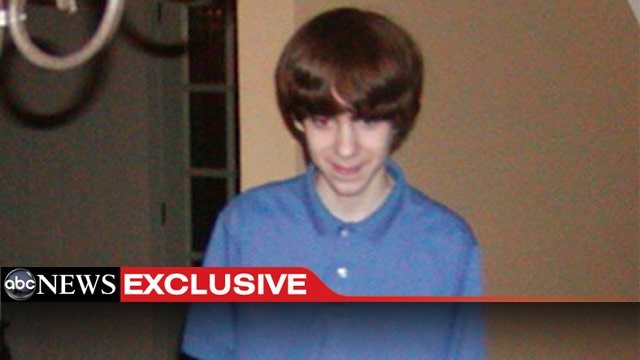 The Wall Street Journal also suggests that Nancy Lanza may not have been a teacher at the school; relatives tell ABC News that she did work there at some point, perhaps as a volunteer.

Also, the AP just reported, "The law enforcement official who said Adam Lanza had a possible personality disorder said Ryan Lanza had been extremely cooperative, was not believed to have any involvement in the rampage and was not under arrest or in custody, but investigators were still searching his computers and phone records. Ryan Lanza told law enforcement he had not been in touch with his brother since about 2010. All three law enforcement officials spoke on the condition of anonymity because they were not authorized to speak on the record about the unfolding investigation."

ABC News released a photograph of Adam Lanza (see right), and one relative said he was "obviously not well." Also, Nancy Lanza was described as "rigid." Law enforcement officials say that three of the weapons were legally owned by Nancy Lanza.

In all the confusion regarding the identity of the killer—CNN was the first to identify him, then other websites and news outlets began spreading photos of Ryan Lanza taken from his temporarily deleted Facebook page (there is also a weird "fan" page for Lanza, that seems to have started as a way of preserving his online information, but quickly turned into a way of defending him from false accusations). Ryan Lanza responded to the accusations on his then-private Facebook account, which led to much confusion and speculation around the web. Other friends also chimed in on various social media. "None of this shit adds up. The Facebook denial language is weird, too. I officially have no idea what’s going on," tweeted Xeni Jardin of Boing Boing.

It is now believed that the younger Adam Lanza may have been carrying his older brother's ID, which would explain the confusion; former Jersey Journal staff writer Brett Wilshe said he has spoken with Ryan Lanza, who told Wilshe the shooter may have had his identification. Ryan Lanza is being questioned by police; you can see a screenshot from CBS of what is believed to be him below:

AP posits another possible explanation, according to their anonymous sources, why the confusion may have happened: "Earlier, a law enforcement official mistakenly transposed the brothers' first names." AP also says that Lanza's girlfriend and another friend are missing in New Jersey. They add that Lanza is dead from a self-inflicted gunshot wound.