What the Class of 2011 Should Know About NYC 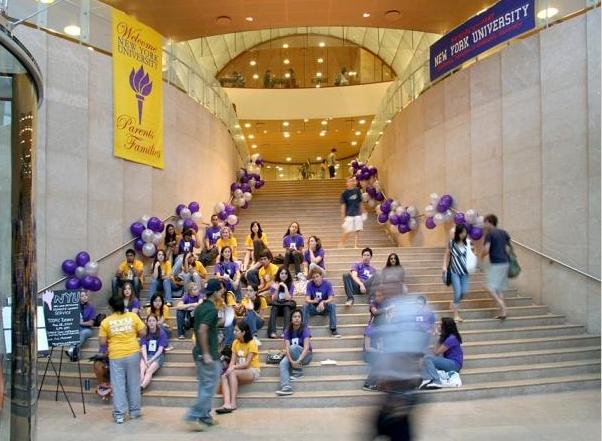 Today, the NY Times had some advice for incoming first years to the city's colleges. They were:

- Don’t fall asleep on the subway.
- Don’t drink too much beer and use the street as a toilet.
- Don’t ask a cabbie (or anyone else) to take you to “HUGH-ston” Street.
- Don’t play chess for money with the hustlers in Washington Square Park.
- Don’t try to swim in the river.
- Don’t count on following the highway signs to get to Yankee Stadium.
- Don’t spend money on condoms when the city gives them out for free.
- Don’t order bottled water.
- Don’t light up in a bar.

We had our own suggestions for those new to the city:

- Don't sign up for free credit cards just for a t-shirt or potential airline miles.
- Don't go to clubs on the West Side - police raids and the like.
- Don't travel in huge packs and walk five people abreast.
- Don't confine yourself to the borough your school is in - visit others!
- Don't call subway lines by their colors.
- Don't fall for the You Broke My Glasses scam (when someone claims you broke something of theirs and they demand you pay for the goods)
- Don't go to chain restaurants when there are so many others out there (like why go to Pizzeria Uno when you can go to DiFara?)
- Don't be a Metrotard

And yeah, a lot of these are similar to advice you'd give tourists. But in some cases, these students are four-year tourists.

What would you tell new NYC college students?