What that Weird Thing on Kerri Walsh's Shoulder is 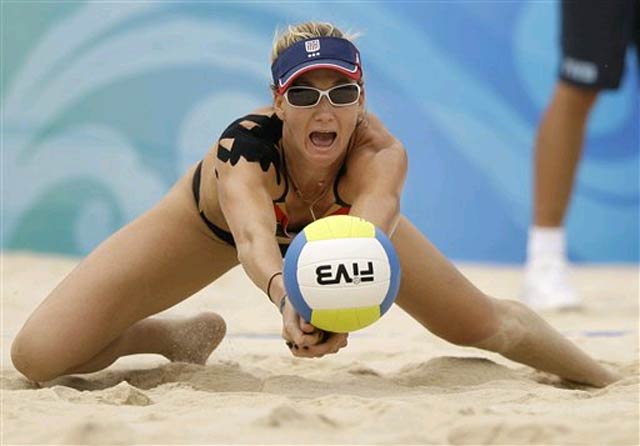 One of the smaller mysteries of the Olympics has been solved! The Daily News confirms that the black tape-like stuff on U.S. beach volleyball player Kerri Walsh is in fact Kinesio tape, a "brand of therapeutic sports tape from an Albuquerque-based company that claims to assist and support muscles without inhibiting the joint's range of motion." (Walsh had shoulder surgery last year.)

Of course, if you're an avid beach volleyball viewer, you probably have known since last weekend--Forbes reports that Kinesio sales are up over 600%. Hilariously, the News asked some people on the street what they thought it was, and responses included a "tattoo," a "blob," and --from a man named Richard--something "probably covering a heart that says, 'I love Richard.'"

Walsh and teammate Misty May-Treanor are facing off against Brazil tonight at 10 p.m. Oh, and for that other minor mystery, Michael Phelps's iPod probably has a lot of rap and hip-hop on it (via Kottke).