Now that the Knicks have finally gotten their latest season of misery underway — they had a bit of a speed bump in beating the Hawks on opening night, but the Nets, Celtics, and Bucks soon restored order to the universe by delivering consecutive defeats to the blue-and-orange — it's time to look toward the future.

And not just the future of youngsters Kevin Knox and Frank Ntilikina, and a Kristaps Porzingis with two working knees. No, the start of the 2018-19 NBA season also marks the halfway point of the ten-year extension the Knicks (and Rangers, and anything else that makes Madison Square Garden home) received on their operating permit that allows them to run a full-size basketball arena atop Penn Station. If the city council refuses another renewal — as a coalition of transit and planning groups very much wants them to, so that Penn Station can be returned to something resembling its former glory — then the World's Most Famous Arena could be facing eviction in 2023.

But what would that look like, exactly? Nobody in or out of city government seems sure, but some of the possible scenarios are certainly intriguing.

The latest iteration of Madison Square Garden atop Penn Station — it's MSG IV, following two that were actually on Madison Square and one on the current site of Worldwide Plaza at 50th Street and 8th Avenue — has been widely derided as a historic mistake since the moment its construction was announced in the early 1960s. The demolition of the renowned station building that it replaced, consigning generations of future transit riders to a cramped subterranean maze, inspired both the invention of landmarks law and a great book by (the other) Nathan Silver.

And while Governor Andrew Cuomo has focused on spending billions of dollars to convert the neighboring Farley Post Office building into an ersatz train station, others have dreamed much bigger, envisioning either building a modern entrance filled with light and the swooping organic forms that are all the rage with architects these days, or going retro and reconstructing the original 1910 Penn Station, undoing modern New York's original sin in a burst of steel and marble.

The problem, obviously, is the Garden, which — along with the steel-and-glass monolith of 2 Penn Plaza — occupies the space that would be needed for any restored Penn. 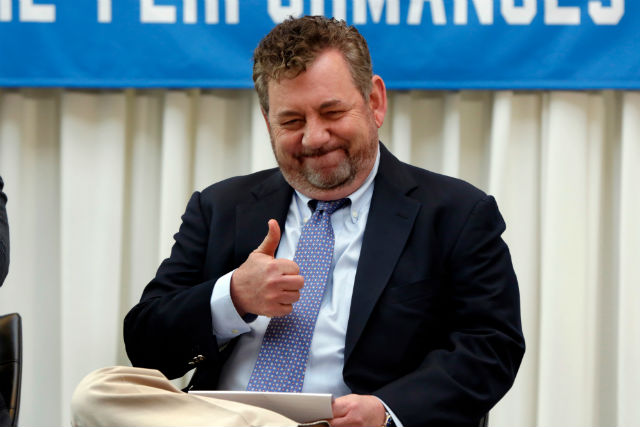 Enter the operating permit. Madison Square Garden itself is privately owned, but an obscure section of city zoning law (Section 74-41, if you're playing along at home) requires any arena of more than 2,500 seats to obtain a special permit from the city. MSG's initial permit was issued in 1963, and for whatever reason was set to expire after 50 years; when that date rolled around in 2013, the city council, bowing to the wishes of Penn renewal advocates, granted only a ten-year extension, ostensibly to give the Garden's owners time to make plans to decamp to a new site. (Technically, MSG could stay put, but only if it reduced its capacity to 2,500 seats—the arena can currently pack in over 20,000 spectators, depending on the event.)

So far, the Garden's owners have shown absolutely no signs of making plans to go anywhere at all. The company’s only public statement on the matter so far: “MSG is an important institution in New York City and supports the current plans to improve Penn Station.” And with just five years to go and arenas taking at least that long to plan and build, it's all but certain that there will be a showdown between the council and MSG come 2023, one that will leave city officials facing the decision on whether to use the nuclear option and nullify the Garden's right to exist.

So what happens when a building is found to be in violation of its local zoning? Usually, nothing. Buildings built before zoning changes are grandfathered in; by one count, 40 percent of Manhattan's buildings violate some zoning code or another, but nobody is rushing to tear them down.

Buildings that were built in violation of existing zoning are less common, but even then, the consequences are usually less severe. "The smart developers get away with it by getting a variance" by applying to the Board of Standards and Appeals, explains Hunter College planning guru Tom Angotti. "All they have to do is make up a story that shows it would be a hardship to follow the zoning."

The one notable exception: In 1986, an erroneous zoning map led a developer to build a 31-story building on E. 96th Street in Manhattan where only a 19-story building should have been allowed. The solution arrived at was to lop off the top 12 floors of the under-construction building and grant the developer a tax break for his troubles.

Neither of those cases quite matches the MSG scenario, though, where a building that was legal for 60 years now faces life as a scofflaw. That's rare — so rare, in fact, that no one among the Department of City Planning, the Department of Buildings, and Angotti and several other non-governmental planning experts could recall it ever having come up before.

"We cannot think of other examples of special permits for building use with expiration dates," Department of Buildings spokesperson Andrew Rudansky tells Gothamist. "Hypothetically, if a building’s special permit expired, causing the use of that building to be contrary to zoning, the Department may take enforcement actions to compel the owners to return the building to a previous Code and zoning-complaint use."

The typical enforcement actions available to the DOB, Rudansky explains, include imposing civil penalties or fines. In cases of more routine violations, the department maintains a Padlock Unit that, true to its name, is authorized to padlock a premises and issue criminal charges against anyone who enters. (Cue visions of the Rangers being hauled off to The Tombs in full uniform and pads.)

That, to put it bluntly, is not likely to happen, if only because no city government would ever put itself in the position of locking out sports fans trying to watch their team play. (Though it's always possible the New York Post headline writers could be convinced that for Knicks fans, this would be a mitzvah.) But it's important to maintain the threat that it could happen — otherwise James Dolan can continue to sit back and twiddle his guitar-calloused thumbs and say, "Yeah, whattaya gonna do, evict me?" 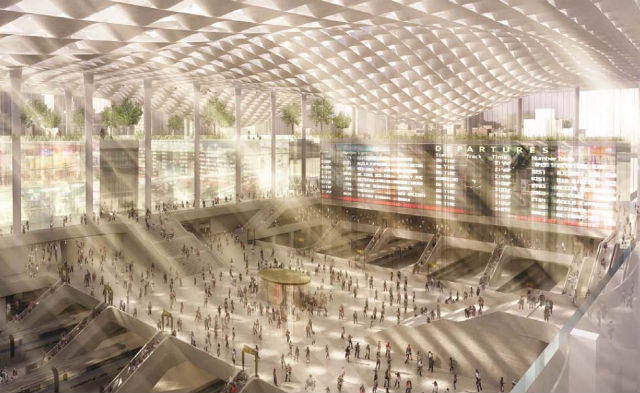 Which, to be fair, is what you'd expect he'd say. The Garden turns a tidy annual profit, even while paying off a $1 billion renovation that was completed in 2013. Plus, it comes with a perpetual property-tax break that the state legislature has been loath to repeal, allowing Dolan to keep an extra $50 million a year and climbing rather than turning it over to the city treasury.

What's most likely to transpire as 2023 approaches, then, is that any negotiations will be around how much the city will have to offer Dolan in order to get the Garden off its damn lawn. That would require not just finding a place for a new arena to be built, but figuring out how to pay for both the land and construction, a bill that could easily come to $2 billion, plus the cost of replacing that lucrative tax break.

And sure, the council does hold the hammer here in the form of the expiring operating permit — but it’s the same hammer it held in 2013, at which point it voted to put an extra ten years on the clock. (Neither the council speaker’s office nor land use committee chair Rafael Salamanca Jr.’s office had responded to Gothamist queries by press time.) So whether the council is ultimately willing to padlock the Garden could end up playing a key role, even if only as a threat to hold in the city's back pocket.

The good news is that even without demolishing MSG, there's plenty that can be done to make Penn Station a less horrific place to get on and off trains. "We have this once-in-a-generation opportunity to really fix Penn Station," says Dani Simons of the Regional Plan Association, one of the nonprofit groups spearheading the push for a Penn redo. "And a lot of that is the opportunity being opened up by the Amtrak move into Moynihan, and by the opening of East Side Access" — the project to bring LIRR trains into Grand Central Terminal that is currently projected to open in 2022, which will at least temporarily reduce overcrowding at Penn, and provide some breathing room in which to do major upgrades.

Those upgrades, suggests Simons, could include some pretty substantial changes: "The floor where you stand right now if you're walking into the Amtrak space, you could open up that floor space and provide view sheds from the concourse below through the whole station, and provide higher ceilings throughout and give it a sense of air and light."

On the downside, commuters would still be stuck in the same subterranean cavern as always, one crowded with support beams holding up the Garden and 2 Penn Plaza. And, of course, you'd still have to watch the Knicks. Some planning disasters are too great even for the city council to fix.

#james dolan
#madison square garden
#msg
#penn station
#zoning
#original
Do you know the scoop? Comment below or Send us a Tip