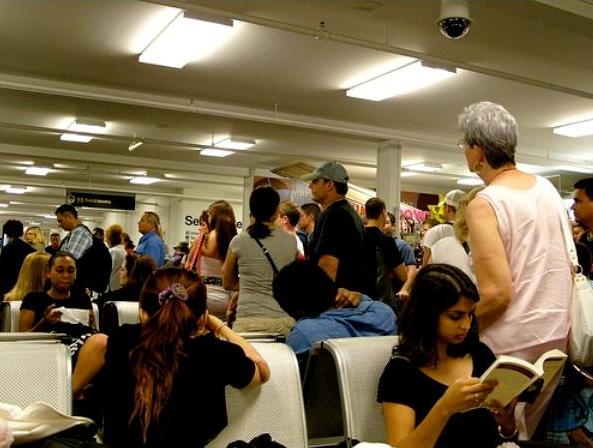 Six months ago, ice storms on Valentine's Day walloped airlines, especially JetBlue, at the area airports. WABC 7 got a hold of some tapes between air traffic controllers and pilots on that crazy day where some flights were lingering on runways for more than seven hours, even up to 13 hours. Here are two of our favorite conversations:

Domino's? We wonder what kind of tips do iced-in airline pilots give delivery people.

The crazy February delays (Jet Blue canceled hundreds of flights) led the NY State Legislature to create an Airline Passenger Bill of Rights. Recently, some reports showed how flights have had near misses at LaGuardia, which some blame on the FAA's poor staffing of air traffic controllers.