West Side Yards Proposals On Display For Public 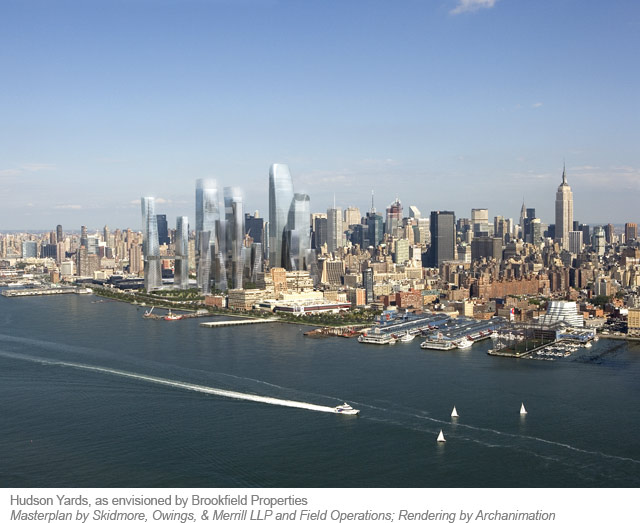 A storefront at the corner of Vanderbilt Avenue and 43rd Street (across from Grand Central) may be a window into the future of the West Side Rail Yards. The MTA unveiled an exhibition of the five proposals to redevelop the rail yards on the Far West Side of Manhattan, and the public will get a chance to see the models every day (except Thanksgiving) through December 3. And what's more, the MTA wants the public's comments. 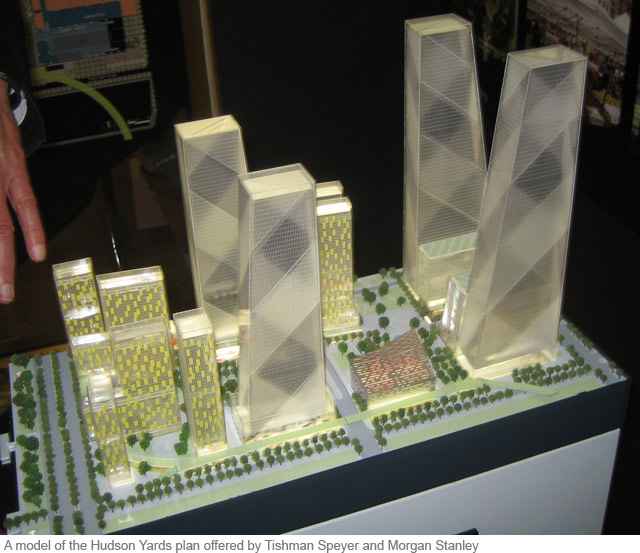 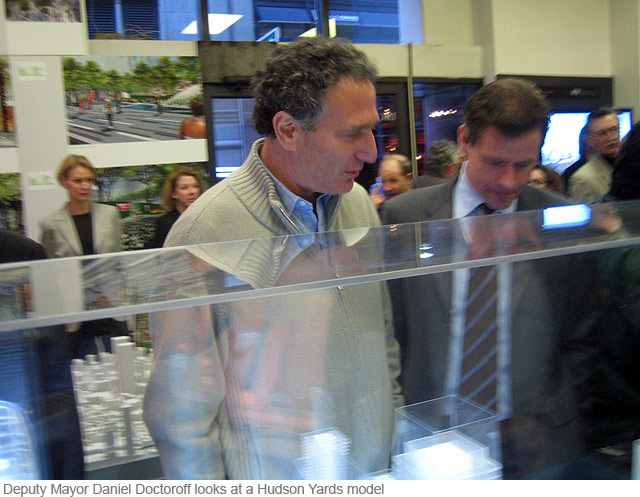 MTA Executive Director and CEO Lee Sander repeatedly noted how the public would be involved in the process - the public can comment at the storefront and will be able to do so online in the next week or so. Deputy Mayor Dan Doctoroff, who has spearheaded the Hudson Yards planning back when the city wanted to put a West Side Stadium there, was also on hand and chuckled when asked if Assembly Speaker Sheldon Silver, who effectively killed the stadium plan, would have a say. Doctoroff said, "In the previous case, money was contributed to the project by the city and the state. In this case, money will be contributed from the project to the city and the state." Get the difference?

The bidders were not allowed to discuss financials - this was simply an opportunity for them to show off their visions - and hotshot designers and models. And the designs will certainly change, as they will be scrutinized not just by the MTA but by the city as well. Here's a brief rundown and some renderings of the proposed bids, based on information available: 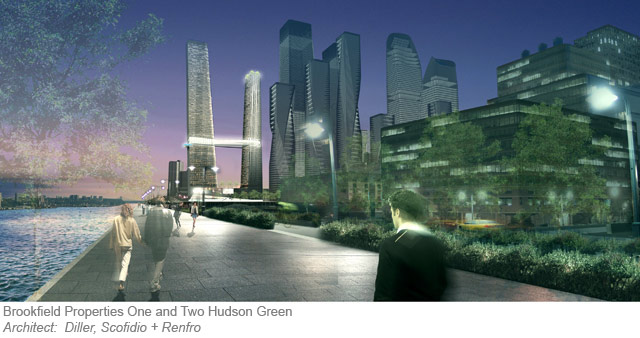 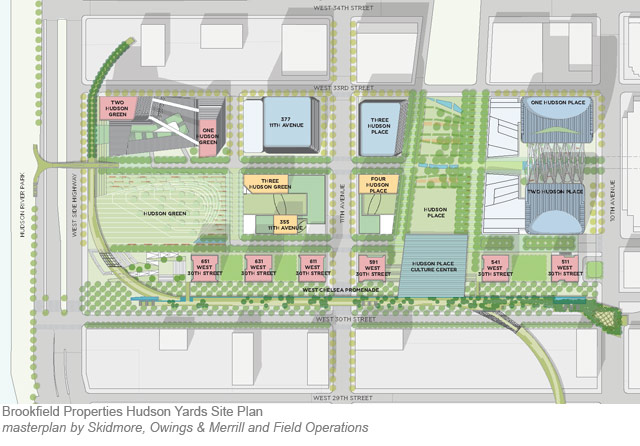 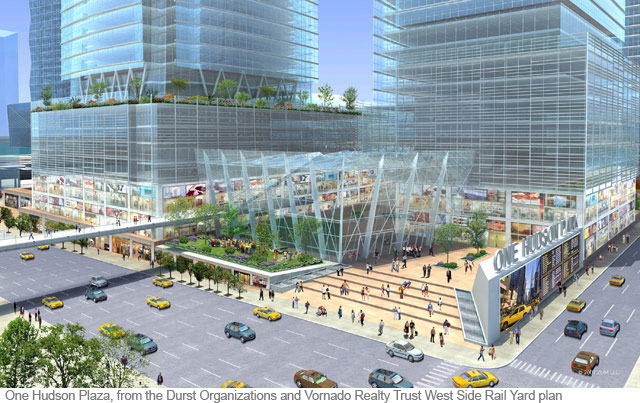 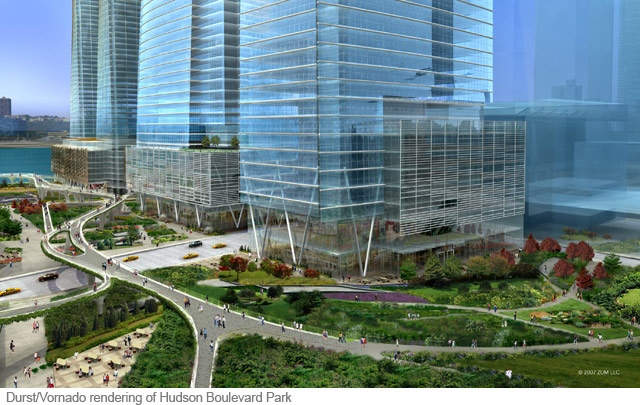 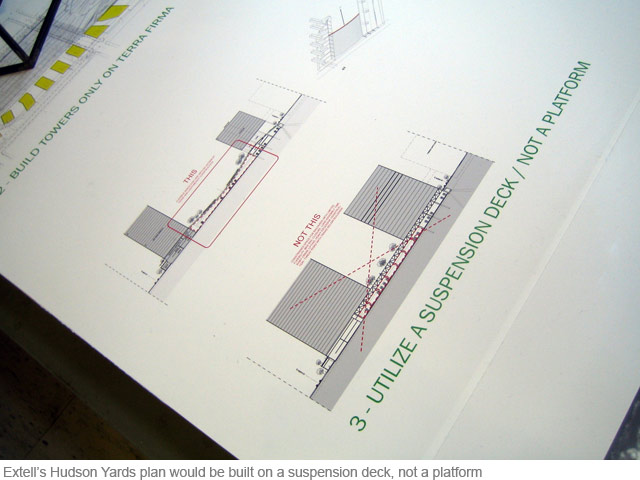 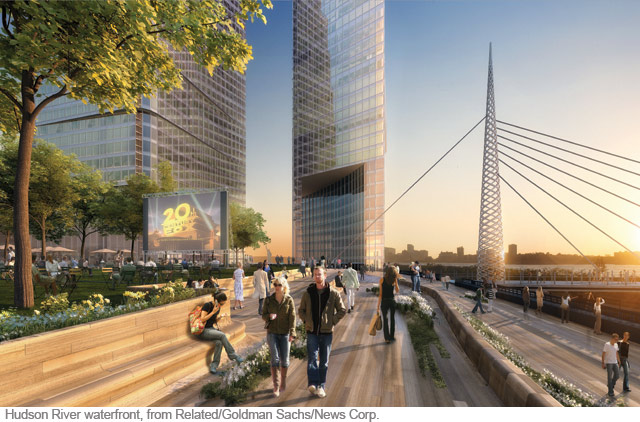 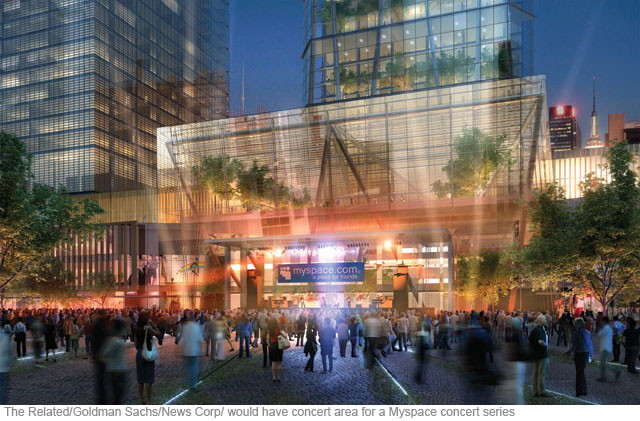 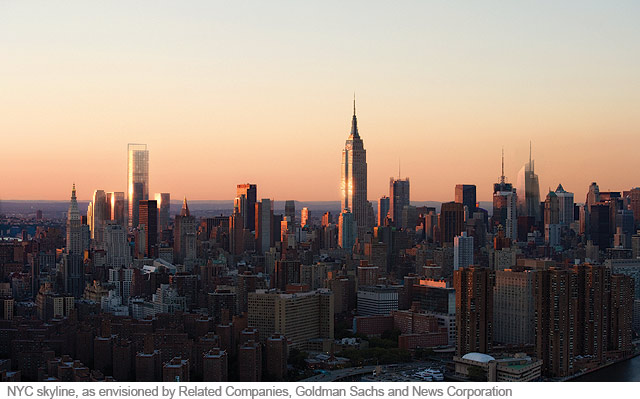 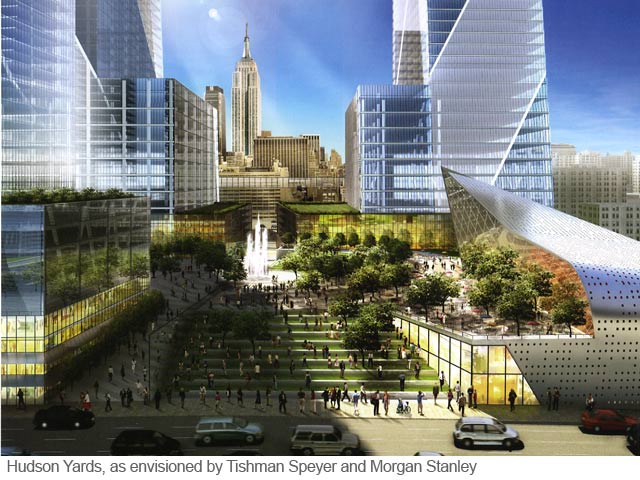 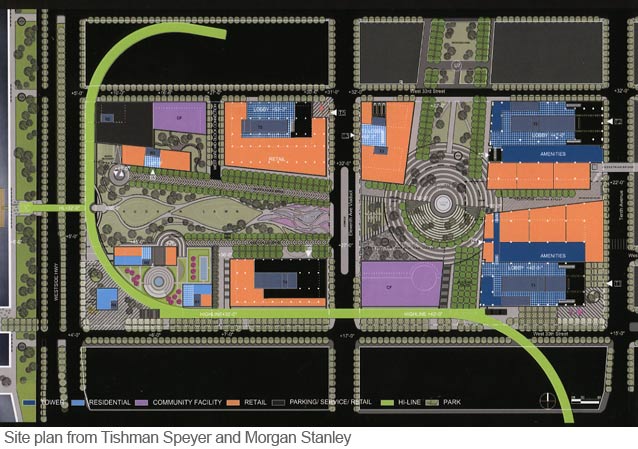