West Side Helicopter Tours to End by 2010 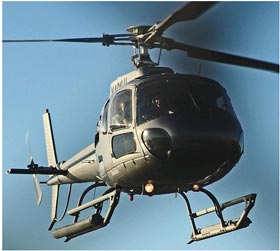 After a long dispute with the Hudson River Park Trust, the heliport operator at West 30th Street and the Hudson has agreed to phase out its flights for tourists by 2010. The NY Times reports Air Pegasus will cut its tourist flights over the next two years, "capped at 25,000 for the year that ends on May 31, 2009, then to 12,500 over the next 10 months, then halted completely."

Last year, another "disgruntled" helicopter operator sued Air Pegasus and the Hudson River Park Trust, claiming the heliport was not legal, because, per the Villager, "state legislation...prohibits a heliport on park property east of the bulkhead, or shoreline." The park's advocacy group, Friends of Hudson River Park, also demanded the heliport be shut down, complaining about fumes and noise. Adding to the controversy was the crash/ "emergency landing" of a helicopter from Liberty Helicopter, which operates out of the heliport, in the Hudson last July.

Air Pegasus has proposed moving the heliport to a floating barge nearby until a permanent space is found; the heliport will still operate a limited number of corporate and emergency flights. The company is owned by Alvin S. Trenk (who also has a minority stake in Liberty) and his family, and the Times adds the decision to allow the Trenks (through another company called FirstFlight) operate the Downtown Manhattan Heliport prompted "two sightseeing helicopter companies [to appeal] to city officials to reconsider granting FirstFlight control of the downtown heliport because they do not want the Trenks to be their landlord."