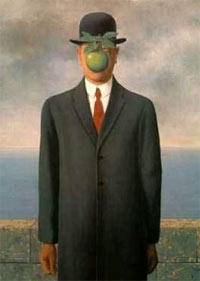 A schoolgirl that entered her apartment building was attacked by a man wearing a suit-and-tie yesterday afternoon. A man, described as a white or Hispanic man, around 6 feet tall and 170 pounds (sketch here), starting talking to the 12-year-old, asking her questions about the building super. Then he forced her in the elevator and made her touch him.

Apparently the victim's mother had buzzed the man - he said he was a UPS deliveryman, but UPS says there was no delivery to the Walker Street building. A neighbor told the Daily News, "It's kind of scary. It's horrible. You can't deal with people like that. They could have weapons."

And police are still looking for the man who tried to kidnap a 9-year-old girl in Bushwick Wednesday afternoon. Rinna Mackley managed to get away from the man by biting his hand. That assailant is described in the Daily News as "a white man - about 6-feet-2, with a thin build, bald head and black beard - dressed in black." The third-grader is apparently doing fine after the attack, but her 17-year-old brother said, "If I catch him, of course I would do something about it."

#brooklyn
#bushwick
#crime
#daily news
#If I
#manhattan
#news
#people
#pervert
#police
#tribeca
#Walker Street
#Wednesday
Do you know the scoop? Comment below or Send us a Tip