The Hole, ten blocks that time and New York City forgot, draws two types of people attracted to its isolation: those who don't want to be found, and those with something to bury. Wedged between East New York and Howard Beach, straddling the Brooklyn-Queens Border, the Hole is like nowhere else in the city. Pickups rumble down crude dirt roads. Sprawling bodies of standing water slake the thirst of roaming, droopy-eyed dogs. Stray cats creep through the tangled weeds that dominate the Hole's many vacant lots. They're probably the only living beings who truly know what else is in there.

"If you closed your eyes here and opened them in the Hole, you wouldn't think you were in New York anymore," said a police officer, gesturing to the surrounding bustle of nearby Linden Boulevard. "You'd think you were in Louisiana."

The rough boundaries are Conduit Avenue, Ruby Street and Linden Boulevard, but when you enter the Hole, you know it: The ground tilts downward into a dust-covered crater, a depression that local lore measures at between 12 and 30 feet below sea level. (The Department of Environmental Protection puts it at eight.) Its haphazardly laid macadam and relative isolation make it a great place to dump a body. 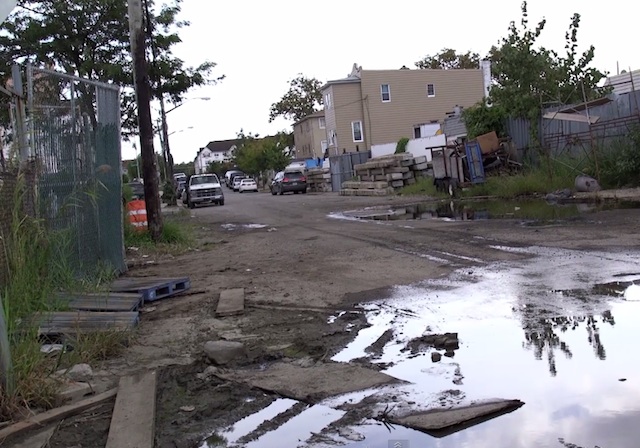 It's unclear when the mob first began employing the Hole as its personal mass graveyard, though the first known victim surfaced in 1981, after a couple of kids came across the corpse of Alphonse “Sonny Red” Indelicato, a member of the Bonanno crime family who found himself on the wrong side of a civil war. It's best known, though, as a preferred cadaver receptacle for the notorious John Gotti, who assumed leadership of the Gambino crime family in 1985.

Residents of the Hole will casually point out where bodies have been exhumed from the muck. One man named Angel, a taxi dispatcher who moved to the Hole in an effort to "not be found," waved a hand around his yard, where a cluster of chickens congregated under a dilapidated car to consider some slices of watermelon.

"They found several bodies in this yard, they found seven across the street, four on the corner, about 13 over here in that mall...they stopped that project last summer because they found bones," he said.

Angel chose the Hole because he's got a bad history, and he'd prefer not to run into old associates from his past. "Those kinds of things, they scare me," he said. He continued, unprompted. 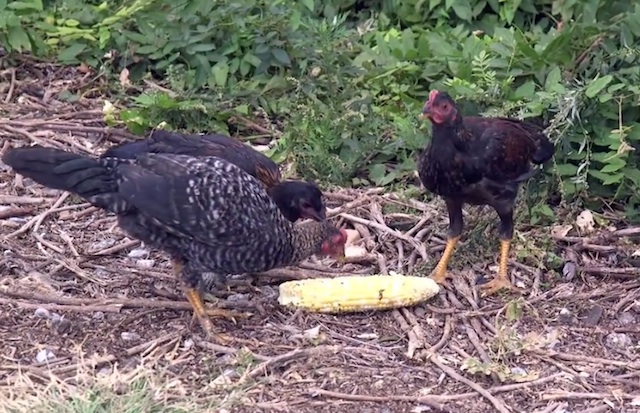 It's not entirely true that no one comes down into the Hole. The area piqued public interest in 2004, when the bodies of Dominick "Big Trin" Trinchera and Philip "Philly Lucky" Giaccone were found languishing in the Hole's damp earth. Since then, several journalists and documentarians have made the unholy pilgrimage to this mobbed-up Gehenna, eager to see for themselves this unloved parcel of land that's been described as a Wild West border town, not only for the nearby horse stables maintained by the Federation of Black Cowboys, but for its isolation and its lawlessness. Gotti is gone now, but he'd still feel right at home here.

Angel is 42, but claims to have known Gotti back in the day. "The life that I lived, you'd meet people like that," he said, though Gotti was "on a different level." Gotti's department was racketeering and extortion; Angel mostly stuck to dealing drugs and robbing drug dealers, though he quickly added that he's over that now, that he's a grandfather and has cleaned up his life.

The two first met at Lenny's Clam Bar and Italian Restaurant on Cross Bay Boulevard, one of Gotti's favorite haunts.

"He wasn’t the scary type,” Angel said. “He would let you see him, and he’d see you. He'd walk around and give people money and stuff like that. "He just had a...you could say he had a rich lifestyle, you know?"

Angel pointed down the street, where he said we could find a green house frequented by Gotti that was reportedly bugged by the FBI. "That's how they caught him," he insisted. After leaving Angel's, we went down the street to look, but were unable to find any building that could be described as "green." The houses in the Hole all seem to have been drained of their color, and are uniformly the shade of ashen putty.

Angel said the Hole has gotten safer, but perhaps that's not saying much. Across from his property, a charred late-model SUV sat on the side of the road. Its windows were shattered, the remaining fragments of glass curled into a menacing sneer. It smelled like a barbecue, and liquid dripped from its undercarriage onto the dusty street.

Not too long ago, Angel said, a neighbor saw a man grab a little girl off the street, pulling her into a bush. The woman called 911, but it was too late—the police apparently found her dead. I was unable to find any news reports of this, but a neighbor walking by corroborated Angel's story.

"Raped and everything, just around the corner," Angel said. "And it was fuckin' broad daylight."

#east new york
#gothamist films
#howard beach
#the hole
#longform
#original
Do you know the scoop? Comment below or Send us a Tip
A new Gothamist is coming! We’ve moved comments over to our beta site. Click here to join the conversation and get a preview of our new website.