Weed Is Still As Scary A Drug As Heroin, According To The Feds

The federal Drug Enforcement Administration announced on Thursday that it would keep marijuana in the same legal category as heroin, preserving a major obstacle to its legal medical use.

DEA Acting Administrator Chuck Rosenberg rejected a petition, filed in 2011 by the governors of Rhode Island and Washington along with medical-marijuana patient Bryan Krumm, to move marijuana from Schedule I of the Controlled Substances Act to Schedule II, the category used for dangerous drugs that can be prescribed legally, such as cocaine and oxycodone. The petition argued that cannabis “has accepted medical use in the United States,” is “safe for use under medical supervision,” and, when used for medical purposes, “has a relatively low potential for abuse, especially in comparison with other Schedule II drugs.”

The DEA said no. Marijuana will remain in Schedule I, Rosenberg wrote, until it is found to be safe and effective using “established scientific standards” consistent with the Food and Drug Administration’s drug-approval process “and based on the FDA’s scientific and medical evaluation.” Reiterating the Controlled Substances Act’s language, he added, “It does not have a currently accepted medical use in the United States, there is a lack of accepted safety for its use under medical supervision, and it has a high potential for abuse.”

In response, Michael Collins, deputy director of national affairs for the Drug Policy Alliance, said the decision “flies in the face of science,” and is a “slap in the face” for patients using marijuana to treat or relieve ailments such as epilepsy, multiple sclerosis, and post-traumatic stress disorder.

The logic of saying marijuana has no recognized medical use is bizarrely circular, medical-cannabis proponents say.

The government argues that the drug has no medicinal value because there’s no FDA-approved research, he explained, but one reason there’s not much research is because marijuana is listed as a Schedule I drug. “Even researching components of the plant” carries a stigma, he added.

Another obstacle is that doing the three stages of studies required under the FDA’s drug-approval process is expensive and time-consuming. In practice, pharmaceutical companies only pay for studies on drugs they are able to patent and maintain the exclusive right to sell for their first few years on the market. They are extremely unlikely to do that for a plant they can’t patent. They are also unlikely to develop cannabis-based drugs—such as ones containing cannabidiol (CBD), a compound widely believed to have high potential as a painkiller—as long as the plant’s derivatives are also deemed illegal.

“I can’t speak to the drug-approval process," a DEA spokesman said when asked about these concerns. "We're just cops."

The DEA did agree to expand access to marijuana for research. It will allow private institutions to apply for permission to grow the plant. Currently, researchers can only get marijuana from the National Institute on Drug Abuse’s Mississippi farm. While the DEA says it has never refused a researcher’s request for cannabis, Collins calls that “semantics.” In practice, he said, when researchers request a specific strain, such as a high-THC variety to study its effects on PTSD, they usually find that it’s not available and would take years to be bred. The poor quality of the Mississippi farm’s basic variety, which the federal government still provides to a handful of patients thanks to a 1970s lawsuit, is the stuff of legend. 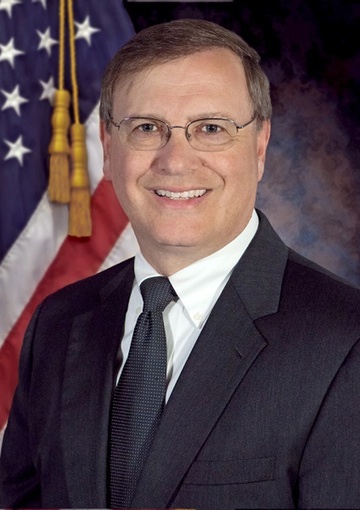 In his rejection, Rosenberg conceded that marijuana is less dangerous than some drugs in Schedule II, but wrote that drug scheduling is not like the Saffir-Simpson scale for hurricanes or the Richter scale for earthquakes. “The criteria for inclusion in Schedule I is not relative danger,” he declared.

The DEA rejected a previous attempt to move marijuana out of Schedule I in 1992, four years after Francis L. Young, the agency's administrative-law judge examining the issue, declared it to be “one of the safest therapeutically active substances known to man” and that continuing to deny medical use of it “would be unreasonable, arbitrary, and capricious.”

The Department of Health and Human Services told the DEA that marijuana qualified as having a high abuse potential under three of four criteria. There is evidence that people are using it “in amounts sufficient to create a hazard to their health or to the safety of others,” HHS said, because marijuana is the most widely used illegal drug and accounted for 18 percent of admissions to drug-rehab programs in 2011 (the agency did acknowledge that more than half of those admissions were through criminal-justice referrals). There is evidence that people “are taking it on their own initiative” without medical advice, according to HHS, because there is a large number of users and no FDA-approved cannabis product. And marijuana is similar to drugs already categorized as having a substantial potential for abuse, because all its derivatives except for two are in Schedule I, HHS said.

The medical-marijuana group Americans for Safe Access evaluated more than 500 studies for its response, stating that cannabis has no known fatal dose and no significant effects on the brain when users aren’t actually high. The most commonly reported adverse effects in studies, the group said, were dry mouth, sleepiness, and dizziness. Compared to other widely used drugs, the response says, “the relatively low dependence liability of cannabis is widely recognized,” meaning a smaller percentage of users become dependent, and their dependency is less severe.

“Our report shows that the DEA failed to take into account over 9,000 patient/years of data with medical cannabis products used in gold-standard clinical studies,” ASA senior scientist Dr. Jahan Marcu said in a statement. “Instead the DEA focused on outdated information from last century, animal research, [and] surveys, and disregarded dozens of clinical trials that didn’t fit into their political agenda for regulating medicine.” 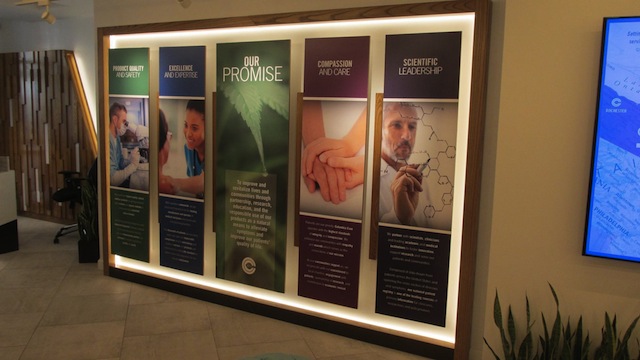 The DEA’s decision probably will not do much to affect New York state's highly restrictive medical-marijuana program, but the program will remain illegal under federal law. The state does not allow patients to use marijuana itself, but the program’s dispensary chains grow cannabis plants in order to produce extract-based drugs—and growing 100 or more plants is a felony with a five-year mandatory-minimum sentence

“Anyone in violation of federal drug law runs the risk of arrest and prosecution,” the DEA spokesman told us. In practice, though, he said the agency is concentrating its resources on the opioid epidemic.

Federal enforcement of marijuana laws currently relies on an August 2013 memo from Deputy Attorney General James M. Cole, which said that in states that have legalized marijuana for medical or recreational purposes, the federal government should make stopping it a priority only when there are exacerbating circumstances, such as distribution to minors, control by criminal syndicates, or diversion to other states. The memo is merely advisory and doesn’t mean the Justice Department has decided “to look the other way,” the DEA spokesman said.

In October 2015, federal Judge Charles Breyer ruled that a 2014 amendment to a federal spending bill prohibited prosecuting medical-marijuana providers who are in compliance with state law, but that ruling is not binding outside Northern California. In May, the DEA participated in raids on three dispensaries in Lansing, Michigan.