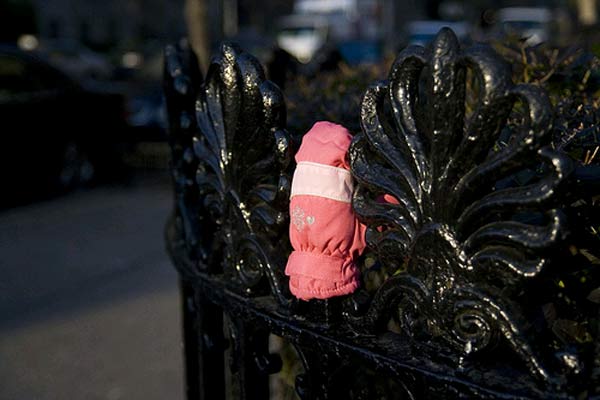 As of this month, New Yorkers will have an easier time finding their long lost gloves. A website called One Cold Hand has launched to reconnect bare hands with missing mittens. The site first launched in Pittsburgh (New York is the second city to get a helping hand) and their mission is simple:

We are connecting the community of the five boroughs through one unfortunate event – the loss of a glove. This site creates a method for dealing with the conundrum of finding these lost articles. Do you leave it and hope the owner comes back to find it? Do you pick it up? Throw it away? With onecoldhand-nyc.com, the abandoned object now becomes a symbol of benevolence and hope.

One commenter on the site suggests a donation section which would give gloves to the homeless, while another simply wants his right glove (last seen in Penn Station) back -- he even made a video. If you're missin' a mitten, you better bookmark that site!