Subway riders who take the L train have expressed a range of emotions while processing mixed messages from the MTA over its plans for repairing the Canarsie Tunnel: from relief to anger, distrust to resignation. As the agency figures out the details of its alternative approach, which it says will not involve shutting down the tunnel for 15 months as originally planned, We hit the L line to get a reality check on how riders are handling the uncertainty.

“I’m no expert. Sounds to me like they’re not experts either.”

Gideon Plotnicki is a 31 year old concert promoter who lives in Williamsburg. He says he’s of two minds: he’s happy the L train will keep running, but he’s watched as friends have moved out of the neighborhood and rearranged their lives to accommodate the shutdown, so it’s a little bittersweet to see it land this way.

Plotnicki’s main question is about the benefits of racking versus bolting wires inside the tunnel, which is a key difference between the original and alternate plans. He’s heard about the different engineering concerns, but the lack of clarity from the MTA is disconcerting.

“If they say it’s safe then we have to trust them. Who am I to question it?” said Plotnicki, adding with a laugh, “...until there’s a reason to question it.”

“I wonder if this is a glimpse into what our life will be like in a little bit.”

Alexia Barton, a 25 year old teacher who lives Bushwick and commutes to a school in East New York, said she’s concerned about what “limited service” will look like on nights and weekends, if the MTA decides it needs to restrict movement in one tube at a time for construction work. 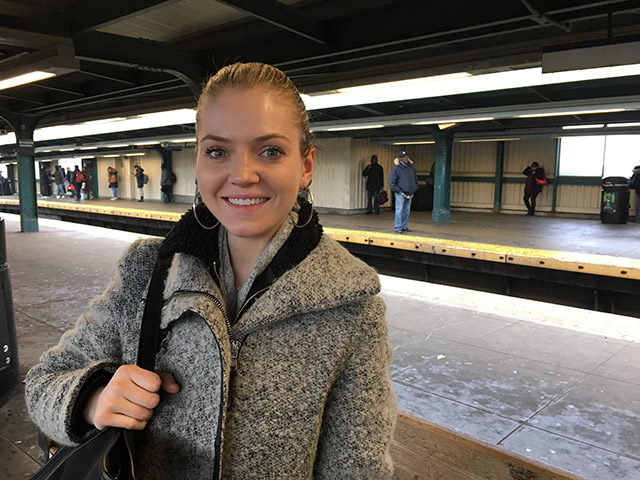 Barton pointed at the countdown clock on the platform at Broadway Junction. The next train was in 14 minutes, which she said is an unusually long wait time for the L.

“I wonder if this is a glimpse into what our life will be like in a little bit,” Barton said.

"I was hoping to get a better deal on my rent. I want them to not make a decision until I sign my lease."

Sarah Brzozwski, a 26 year old hairdresser who lives in Bushwick, was hoping that the L train shutdown would allow her to negotiate lower rent when she moves in February (to another Bushwick apartment on the L line). That seems unlikely now that the MTA is saying a shutdown is unnecessary.

But after the MTA’s emergency board meeting last week, she says lots of things still seem up in the air, like a new start date for repair work or whether the agency will still need to occasionally close the tunnel.

“They made a big stink about [the full shutdown] being 100% necessary,” said Brzozwski, “And now it’s like, every time someone brings up a new question it’s suddenly a non-issue when it’s been an issue for three years!”

“I really have no confidence in what the actual plan is going to be.”

Jason Drucker, a 48 year old South Williamsburg resident who runs fundraising for an NGO called Seeds of Peace, is an occasional L train rider. He’d thought about how a complete shutdown might impact his work schedule and habits of traveling into the city, but ultimately didn’t make any major life decisions around it. 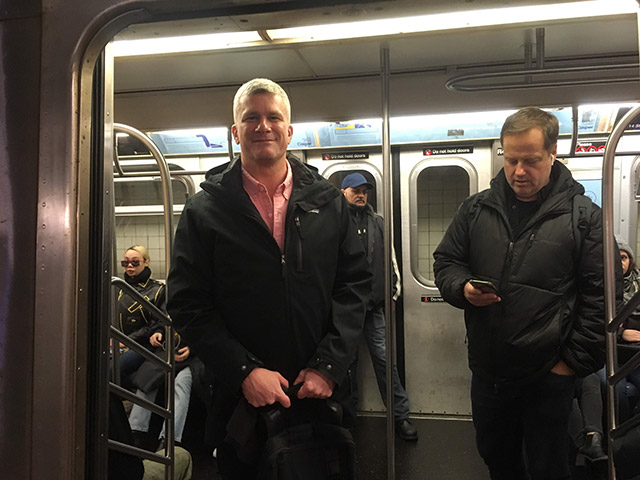 “Even from the beginning, I never thought that the plan would hold,” said Drucker. “I’m waiting until the last minute to actually change my life.”

Elspeth Leacock is a 72 year old writer. She’s lived on the south side of Williamsburg for 40 years. When she first moved into her 3,000 square foot apartment in 1979, rent was $350/month.

“I moved here because I said, ‘I found the best neighborhood! It’ll never be gentrified!’” said Leacock.

(Jump cut to the numerous we’ve-definitely-been-gentrified markers in Williamsburg, like the Museum of Pizza, a pop-up Instagrammable funhouse that charged $35 admission.)

Leacock says she remembers a time when it used to be dangerous to take the L train, and the newly-formed Guardian Angels would patrol the streets and subways to enforce vigilante-style crime prevention. Now that she doesn’t take the L every day to commute into Manhattan, she says she’s not especially affected by the MTA’s plan, but she has questions about when the work will start and how contracts for these major construction jobs were and are given out.

As for the silica dust, Leacock said, “If I were a young pregnant woman I would look into it I guess. But meh — the plus of my age!”

Dion Frank, a 27 year old who lives in East New York, was standing on the Broadway Junction platform on Friday afternoon, on his way to a job interview. He said the MTA’s decision to call off the total shutdown was the best move they could’ve made. 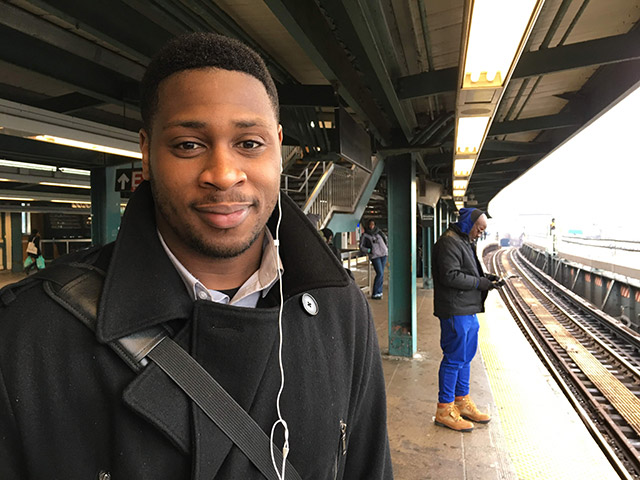 “I was just grateful that they changed it up at the last minute,” said Frank, adding that if the work can be done on one tube at a time, limited service is worth it.

He was getting antsy though, eyeing the countdown clock. He thought he left himself plenty of time to get to his interview, but the train gods had other plans for him.

Radicka Singh, a 56 year old healthcare worker who lives in Queens and takes the L as part of her daily commute, remembers a time when she used to be able to leave her house at 7:00 AM to get to work by 8.

These days, Singh says she encounters delays on the A and L trains almost every day. She leaves the house at 6 o’clock every morning.

“I don’t stress. I just go with the flow,” said Singh, who added that she’s relieved the L won’t be shut down entirely. “We’ve just got to count our blessings every day.”

“It means more people on the platform. And that can mean more dollars.”

Mr. Reed is a musician who’s been playing on the Bedford Avenue L platform for almost 10 years. He’s also the unofficial schedule-setter for performers in the station. 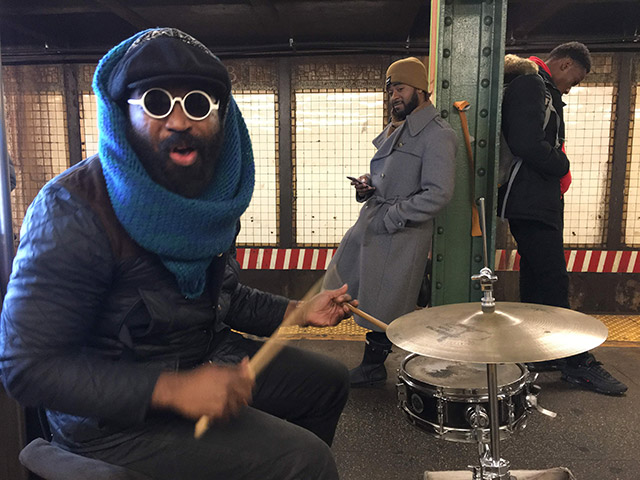 “Averting a shutdown is beneficial to us in terms of maintaining a culture,” Reed explained. Since he conducts the flow of musicians in the station, he said he knows what it means to each performer to occupy a specific place, to make it “their spot” and to be known by regular passersby.

Reed said he’s not at all surprised the plan has switched to prevent a full shutdown; after all, the Bedford stop serves an area that’s seen a massive boom in commerce and real estate, an area that’s attracted people in a certain “tax bracket.”

But if the MTA decides it’ll need to limit service on nights and weekends to get this repair work done, those long delays could benefit performers like him.

“It means more people on the platform. And that can mean more dollars,” said Reed. “It definitely can work in our interest.”

#l train
#l train shutdown
#MTA
#subway
#un-shutdown
#williamsburg
#original
Do you know the scoop? Comment below or Send us a Tip
A new Gothamist is coming! We’ve moved comments over to our beta site. Click here to join the conversation and get a preview of our new website.