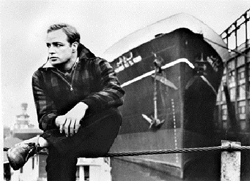 At the direction of Gov. Spitzer, state inspector general Kristine Hamann (who handled the Troopergate investigation) is looking into allegations of "misfeasance and nonfeasance" at The Waterfront Commission of New York Harbor. The commission was formed in 1953 to root out corruption and mob control of the docks in New York. Ironically, it's now the waterfront watchdog that has come under scrutiny for misdeeds that include that it "hired unqualified police officers, inappropriately spent agency money and improperly issued licenses to operate."

The New York inspector general is working with the New Jersey attorney general because most maritime commercial shipping has migrated to the other side of the harbor and operates under the auspices of the Port Authority of New York & New Jersey. According to The New York Times, the Waterfront Commission has 102 employees and an annual budget of $8 million. A source who wished to remain anonymous because he or she feared retribution told the paper that patronage was so entrenched at the organization that people were being hired as police officers even though they were unqualified and after failing examinations multiple times.