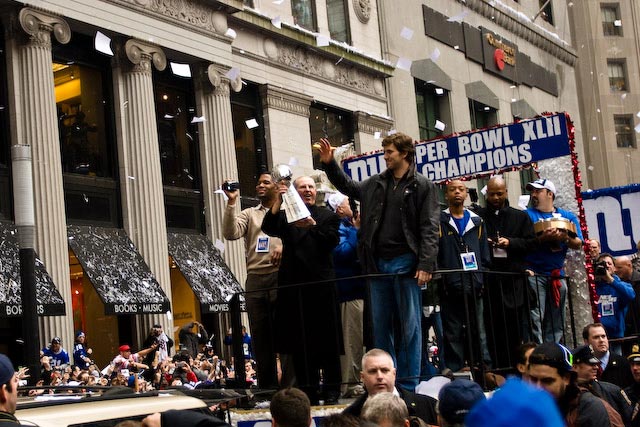 Update: Here are some of our photographs from the parade route - it look us a few hours to download the photos and decompress/shake out the confetti from the parade. We'll be adding a slideshow later. 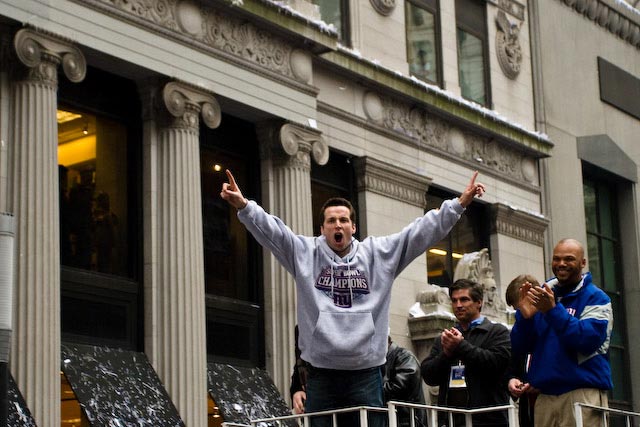 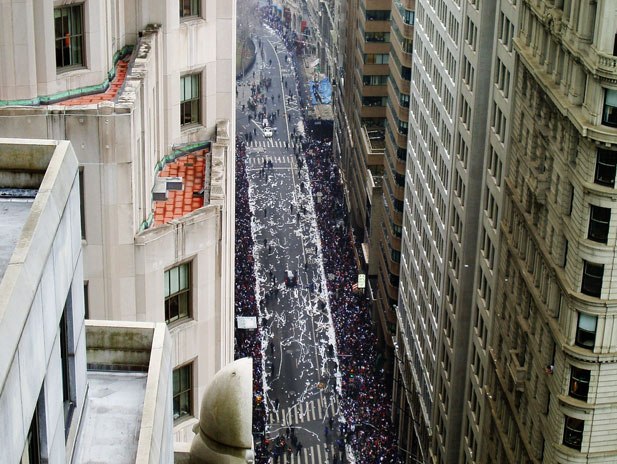 The Super Bowl champion Giants' ticker tape parade is in full swing, and if you're not in the midst of crowds along lower Broadway (the Canyon of Heroes), you can watch the parade online via streaming video from WCBSTV 2, WNBC 4, WABC 7, FOX 5, and the NYC government.

The float carrying Eli Manning, Michael Strahan and owners John Mara and Steve Tisch just started moving. It's always cute to see the players with their own cameras and video cameras, filming the crowds for t heir own memories.

Those of you watching from office windows downtown, tell us what the crowd is like. You can even share your photos by sending them to photos(at)gothamist(dot)com or tagging them "gothamist" on Flickr. And do you know anything taking the day off to go to the parade?

And here's information on street closures and where the NYPD has set up pedestrian crossings.