We've come across more than our fair share of subway flashers, gropers and masturbators—they seem to be a fact of life here. But there are things you can do if you are a victim: to start, the MTA recommends promptly contacting an MTA employee or police officer (though that doesn't always work), but taking a clear picture and/or video with your cameraphone is a good step, too. As another user wrote in the Reddit thread, it's only a matter of time before the sign below is everywhere: 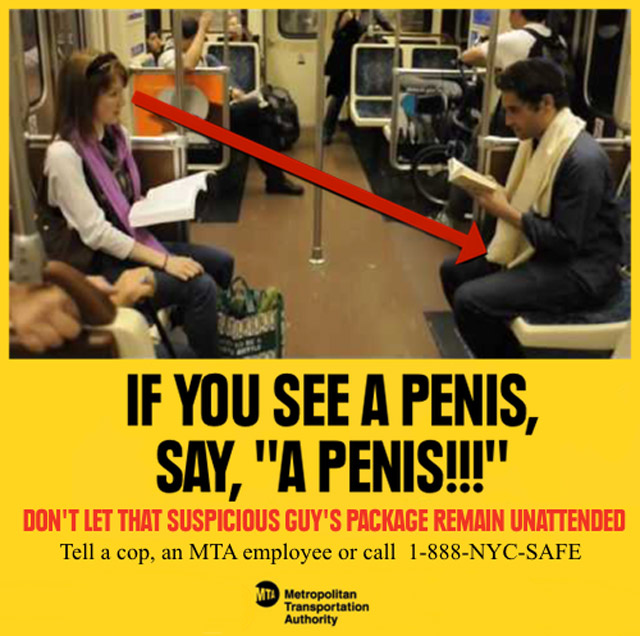