Wash Your Hands to Help Keep the Staph Away 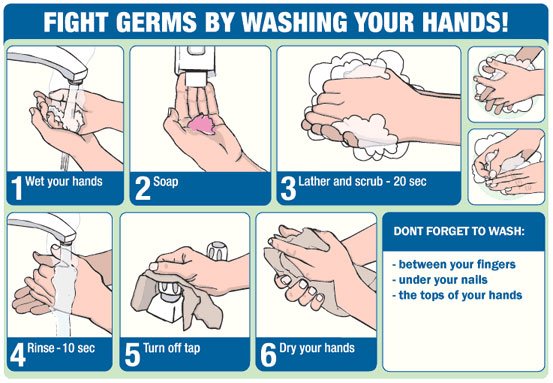 More and more cases of methicillin resistant staphylococcus aureus (MRSA), more commonly referred to as a staph infection, are being reported in New York State - four more were reported on Long Island yesterday. Senator Schumer is asking the President not to veto $5 million in emergency legislation to help stop the staph superbug and local health departments are urging people to exercise better hygiene habits.

Staph infections have become more common outside of hospitals, entering schools and gyms, lately because a few antibiotic-resistant strain has emerged as more people overuse antibiotics. As we mentinoed earlier, the CDC recommends doing the following:

We were watching the news earlier this week and one nurse even suggested using soap from dispenser, versus bars of soap, because bacteria can linger on the bars. And a doctor Well spoke to suggested that bacteria could be traced transmitted via cell phones, gym equipment and other common objects.

Here's the CDC's website about MRSA (there's even a podcast).